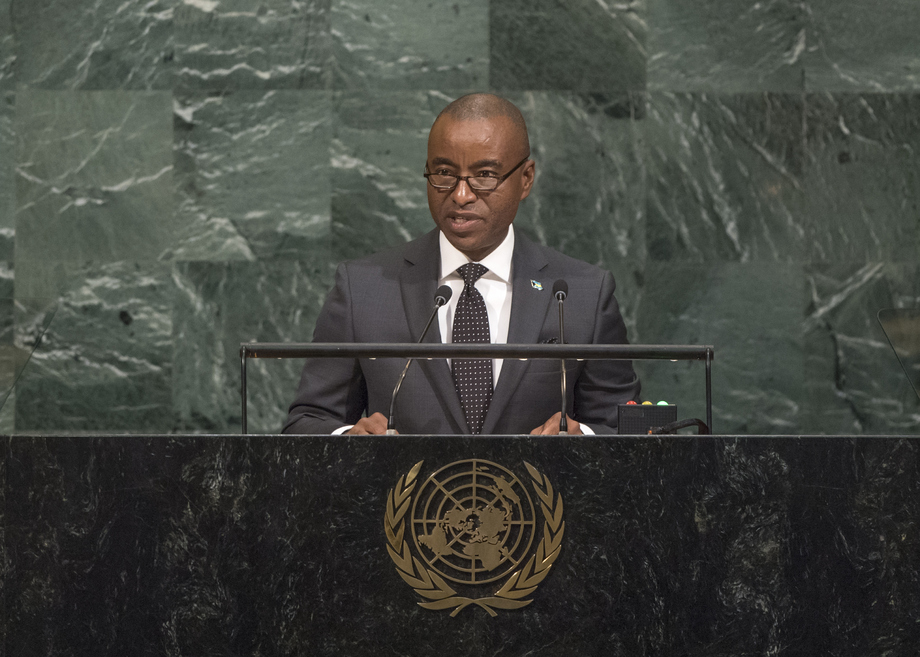 DARREN ALLEN HENFIELD, Minister for Foreign Affairs of the Bahamas, said recent Hurricanes Harvey, Irma and Maria had wreaked havoc on several small island developing States in the Caribbean, including the Bahamas, where its southern Ragged Island was now uninhabitable, and where the northern islands of Bimini and Grand Bahama had experienced considerable damage from tornadoes.  He thanked international partners for their support, noting, however, that Cuba had not enjoyed such assistance despite also having been hit by Hurricane Irma.  He called on the United States to lift legislative barriers and allow Cuba to develop to its full potential.

Recognizing the threat posed by climate change, he said the Bahamas had introduced measures to create a more sustainable and resilient island community.  The Government aimed to protect the environment through use of renewable energy and smart technologies, including solar energy, and the introduction of sustainable water purification systems.

He called for greater efforts to help nations that were especially vulnerable to external shocks, emphasizing the need to move away from using gross domestic product and gross national product to measure wealth and economic development.  Those one-dimensional instruments prevented those countries most in need from receiving assistance and should be replaced by a more realistic metric.  Meanwhile, international banking institutions had pulled out of the Caribbean over fears that they would be fined for being connected to illicit money laundering and terrorist financing.  Despite such challenges, the Bahamas was committed to pursuing sustainable development and had introduced measures targeting corruption, protecting human rights and improving its education system.