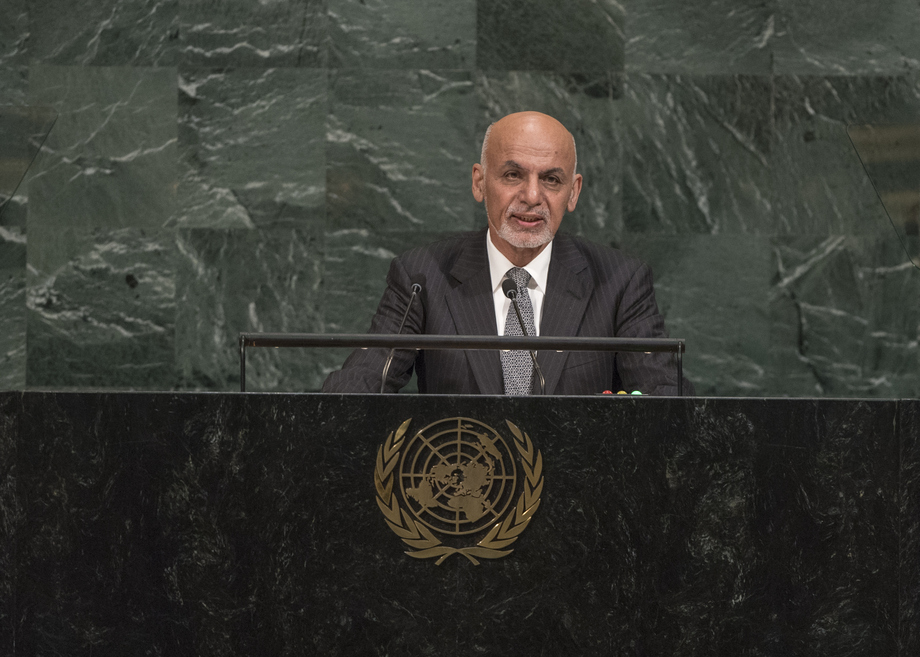 MOHAMMAD ASHRAF GHANI AHMADZAI, President of Afghanistan, noted that, 16 years after the 11 September 2001 tragedy, the threat of violence by non-State actors had taken the form of a “fifth wave” of political violence that had promised to continue for decades.  Terrorism attacked not only human lives and basic freedoms, but also a nation State’s relationship with its people.  The threat of terrorism must be addressed through unity and a long-term solution to match the terrorists’ own long-term agenda, he said.

The tenets of the Universal Declaration of Human Rights had been incorporated into the constitutions of most countries, yet crimes against humanity still occurred regularly, he continued, adding that the ethnic cleansing of the Rohingya was especially shocking.  Aung San Suu Kyi’s lengthy silence was tragic, and one would have hoped that such an icon of human rights would have chosen principle over power.  Afghanistan welcomed the chance to have a seat on the Human Rights Council so that it could play a more central role in discussing such issues, he said.

Emphasizing that the United Nations would have had to be invented if it did not exist today, he said the Organization must deliver as “one United Nations” in order to remain relevant to countries like Afghanistan.  United Nations agencies should be subjected to market tests that would measure value for money and the sustainability of results by comparison to Government, private sector and non-governmental modes of delivery.

Describing Afghanistan as a frontline State in a global struggle against terrorism and in defence of democratic freedoms, he said that his country’s partnership with the United States and the international community had been renewed by President Trump’s strategy to counter terror and stabilize South Asia.  “We welcome this strategy, which has now set us on a pathway to certainty,” he said.
Emphasizing the importance of a political settlement in his country and calling on the Taliban to engage in intra-Afghan dialogue, he noted that more than 20 international terrorist groups were present in Afghanistan, and the country was on the front line of a terrorist threat that knew no boundaries.  Strong commitments from international partners would not alone ensure success in Afghanistan.  The roots of success lay within the Afghan people, in whose country a foundation for stability had been put in place.  The threat of international terrorism had long dominated Afghanistan’s narrative, but the country had enormous potential to be a regional broker for peace, a hub of economic prosperity and a beacon of democratic values, he said.

The representative of Afghanistan, speaking in exercise of the right of reply, said the representative of Pakistan aimed to divert international attention from its longstanding failure to act against terrorist havens. Terrorists in Pakistan were a major source of instability in Afghanistan. Pakistan had every opportunity to combat terrorism and engage in peace and security. He asked: Where was the mastermind of terrorism, Osama Bin Laden, killed? More than 20 internationally recognized terrorist groups had entered Afghanistan from Pakistan.

Speaking in exercise of the right of reply, the representative of Pakistan responded to Afghanistan.