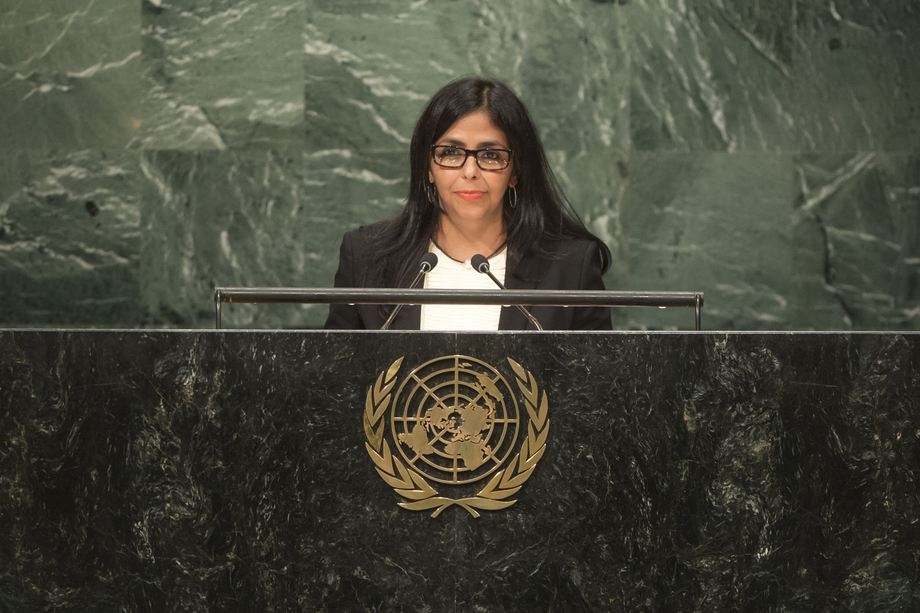 DELCY ELOÍNA RODRÍGUEZ GÓMEZ, Political Vice-President and Minister for Foreign Affairs of Venezuela, said the adoption of the 2030 Agenda was people-based, universal and transformative.  However, the main obstacle to achieving those purposes was capitalism, which created deep inequalities and threatened the planet and its species.  It was a model based on violence, she said, noting that of the $1.7 billion spent on wars in 2015, a third was spent by the United States.  That country was the largest exporter of violence throughout the world, and an intrinsic link between violence and capitalist expansionism could be demonstrated throughout history.

Terrorism was also reconfiguring itself, she noted.  The centres of hegemony were seeking to create artificial sub-categories of terrorism, which was seen as good if it served to overthrow Governments out of line with their interests, but bad if not.  The military invasion of Iraq had been based on a lie.  Libya had also seen a military intervention by NATO, and once again, the Powers’ imperial obstinacy had hampered that country’s right to peace.  The resultant migratory flows of Libyan citizens had impacted its levels of poverty.  Her country welcomed the re-establishing of diplomatic relations between the United States and Cuba, which had resisted State terrorism from the north.  She called for an end to the economic blockade of that country and the provision of reparations.

She said that President Hugo Chávez had 16 years ago cautioned that the United Nations could not proceed with the 1945 map, and must instead reform the Security Council to include developing countries from Latin America, Africa and Asia.  Recently, Venezuela had hosted the seventeenth summit of the Non-Aligned Movement.  States in the group shared the same concerns and continued to be committed to peace and solidarity.  Their desire for peace could only become reality through the creation of a global government, and they were committed to that aim in the south.  During the meeting, a United States aircraft had violated Venezuelan airspace.  Through the use of media campaigns and financial boycotts, that country had encouraged extremist groups to overthrow the elected Government of Nicolas Maduro.  Venezuela had alerted the international community that its territorial integrity was being attacked with a view to taking control of its strategic natural resources. Those aggressions had made up an unconventional war designed to penalize her country’s socialist economic model.