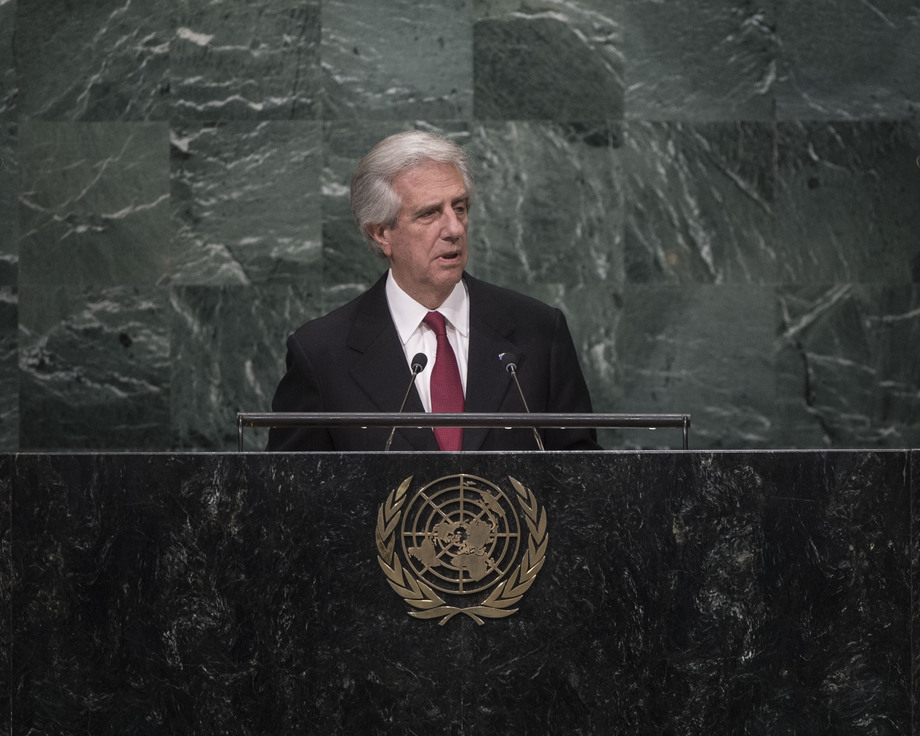 TABARÉ VÁZQUEZ, President of Uruguay, said it was “painfully obvious” that, despite the efforts of the United Nations to combat terrorism, violence and poverty, they continued to harm many human beings.  Noting that non-communicable diseases — mainly cardiovascular ailments, cancer, diabetes and chronic pulmonary pathologies — were the main cause of death in low- and middle-income countries, he said the poorest people in all countries suffered ailments directly related to smoking, alcoholism, unhealthy diet and sedentary lifestyles.

There had been immense challenges, he said, recalling a claim brought by Phillip Morris against his country’s regulations to control smoking.  That company’s “main reason was to punish a small country which has decided to control tobacco consumption” as a warning to all.  The best way to move forward was to invite all countries to implement the World Health Organization (WHO) Framework Convention on Tobacco Control with “no fear of threats or retaliations from powerful tobacco companies”.

He commended Colombia for having reached a peace agreement with the FARC-EP, and urged the lifting of the embargo imposed by the United States on Cuba.  Underlining the essential need for everyone to adhere to the 2030 Agenda on Sustainable Development, he said the Paris Agreement on climate change had been the first step taken by States to demonstrate their commitment to reducing emissions and diminishing global temperatures.  He welcomed the New York Declaration on Refugees and Migrants, and said that Uruguay would remain committed to United Nations peacekeeping, adding that it would continue to contribute thousands of personnel to operations.