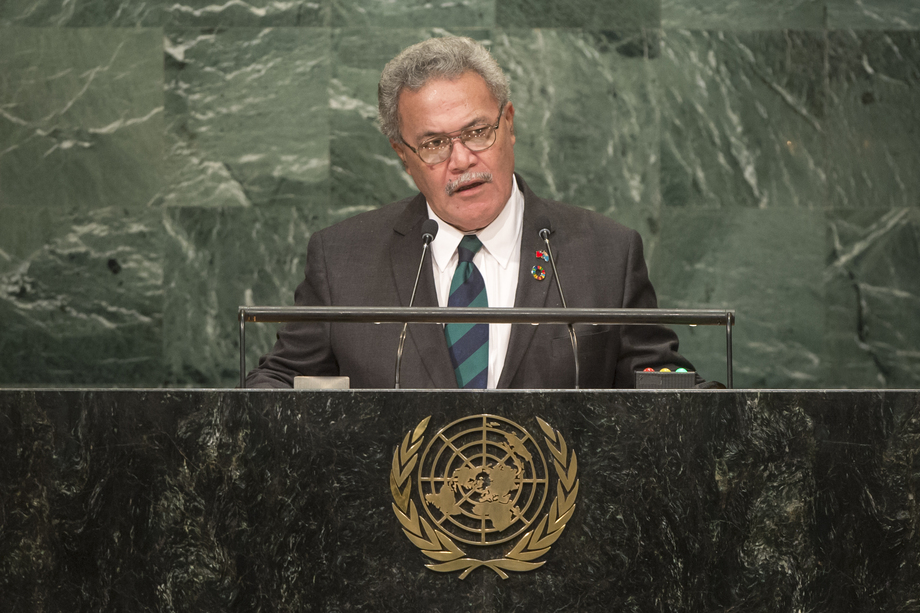 ENELE SOSENE SOPOAGA, President of Tuvalu, expressed hope that the United Nations would be able to save peoples and countries affected by man-made conflicts and climate change.  He was encouraged by the actions of the international community this week in that regard, which must be followed up.  The Paris Agreement must enter into force, he said, calling on Member States to operationalize it as soon as possible.

Urgent action was needed to address the impact of climate change on small island developing States, he said.  He urged the international community to take collective efforts to keep the global temperature increase to below 1.5°C compared to pre-industrial levels.  The international response must also include adequate strategies to deal with persons displaced because of climate change, and their human rights must be protected.

With regard to peace and security, he deplored the actions by the Democratic People’s Republic of Korea and that country’s destabilizing effects on the region and called for their immediate end.  Furthermore, he expressed his concern about the situation of Taiwan and asked the international community to work towards the integration of Taiwan, also with a view to achieving full implementation of the Sustainable Development Goals.

He expressed his gratitude for the implementation of the Samoa Pathway and its contribution to sustainable development.  To implement the 2030 Agenda, Tuvalu recently launched a national strategy entitled “Te Kakeega III”.  Its theme was “Protect and Save Tuvalu”.  The strategy focused on resilience, education and capacity-building.  Tuvalu also committed to derive all of its electricity from renewable energy.  He also acknowledged the support of development partners.