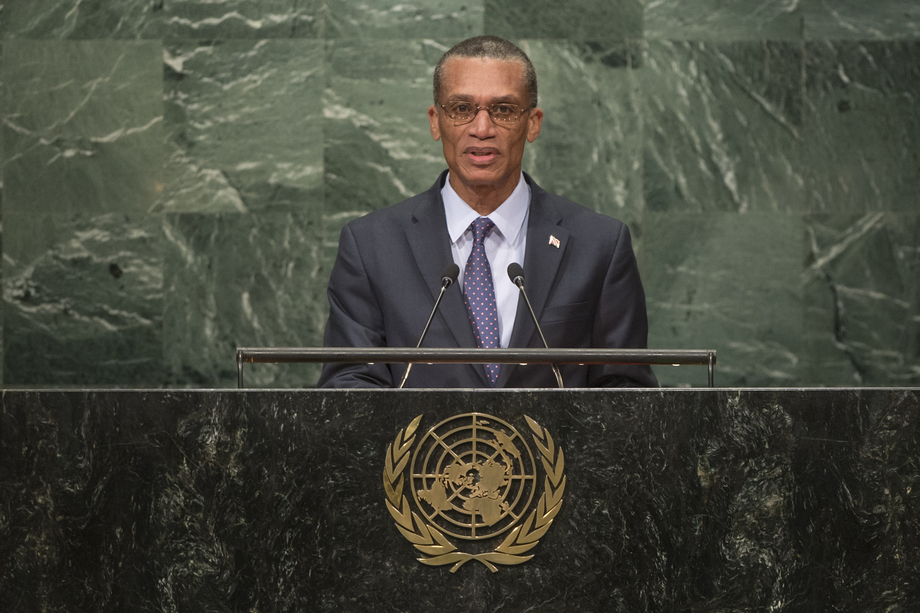 DENIS MOSES, Minister for Foreign and CARICOM Affairs of Trinidad and Tobago, said that today’s challenges – from the existential hazard posed by climate change to violent extremism and terrorism, to the crises of forced displacement and the spread of diseases such as Ebola and Zika – transcended the limits of both geography and demography.  As grave as those threats were, the opportunity that they presented to chart a course of meaningful growth and prosperity was even more compelling.  The pathway to global transformation lay in the creation of innovative partnerships towards full implementation of the Sustainable Development Goals, he said, adding that the 2030 Agenda for Sustainable Development called for action to enhance the lives of all segments of society, including groups that had been systematically marginalized.  As climate change was one of the defining challenges facing the world today, Trinidad and Tobago had instituted incentives to encourage investment and job creation in renewable and clean technologies, and had aggressively pursued a policy of economic diversification, he said.

Warning that the actions of financial institutions to terminate or restrict corresponding banking relations in the Caribbean Community (CARICOM) region had destabilized its financial sectors and disrupted its growth, he joined other countries of the region in calling on international banks to engage collaboratively with affected Member States.  Among other important initiatives, Trinidad and Tobago was embarking on plans to mitigate the socioeconomic conditions that gave rise to, and were the consequences of, the challenges posed by drug use and trafficking.  Deeply concerned by the growing number of violent extremist actions around the world, he warned against overlooking the correlation between extremism and development, and emphasized the need to support the empowerment of young people.  Trinidad and Tobago was committed to building an effective global framework for a strategic collective security architecture, which must be supported by a robust international legal system that allowed people to live freely and in dignity, without fear of persecution.  Noting that middle-income countries such as Trinidad and Tobago continued to grapple with a status that rendered them ineligible for international development assistance, he stressed the need for a multi-dimensional approach to aid that was better tailored to national priorities and specific needs.