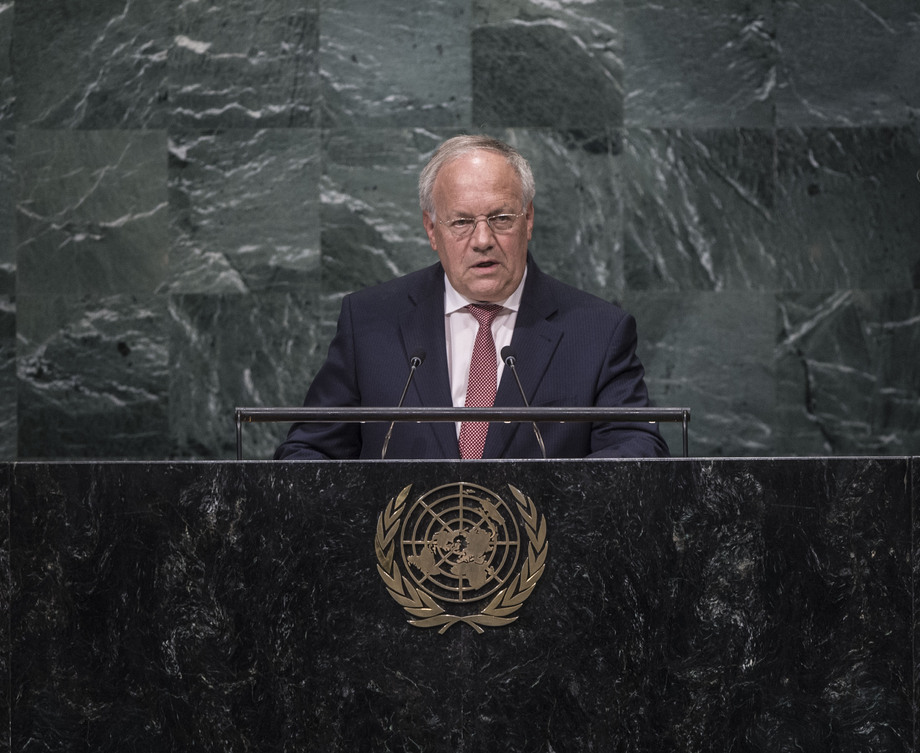 JOHANN N. SCHNEIDER-AMMANN, President of Switzerland, recalled that, on 26 July, a Swiss solar aircraft concluded its world tour.  That same day, the International Organization for Migration (IOM) announced that, since the start of 2016, more than 3,000 migrants had lost their lives in the Mediterranean Sea.  Those events showed how “humans were simultaneously capable of the best and the worst.”  The international community was confronted with powerlessness and inertia in the face of immense tragedy, such as the violent situations in the Middle East, certain regions of Africa and Europe.  That fragility had been the breeding ground for global terrorism which had affected the entire international community.  Other threats, such as climate change, natural disasters, unemployment and economic crises, required firm responses from global decision makers.

In light of that, he continued, a unified and strong United Nations was more necessary than ever before.  Its capabilities had been illustrated by mobilizing the international community to bring populations out of poverty; increasing life expectancy; and improving global education.  Although the current generation was the first not to have lived through a world war, too many conflicts were occurring.  To mitigate those challenges, a new global vision had taken shape in which all States participated.  Among those efforts was the 2030 Agenda, which formed the basis of a new social contract between leaders and their constituents.   The ratification of the Paris Agreement by the United States and China was another important step, as well as the World Humanitarian Summit held in Istanbul in May.

Focusing specifically on sustainable economic growth, he said that promoting sustainable development was the equivalent of enabling equal opportunities to all members of society.  A flourishing economy provided easier access to the job market for women, as well as younger and older members of society.  Furthermore, a dynamic economy that generated jobs was an important factor in the prevention of armed conflicts and terrorism.

His Government, he continued, had identified three key elements for countries to function properly in the realm of innovation and competition, including an education system which reflected the demands of the job market; a set of liberal labour laws that promoted greater flexibility in the economy; and an effective social partnership between employers and employees.  Those elements would only reach their full potential in a broader economic, scientific and cultural exchange with the rest of the world.  It was also crucial to address the challenges met by globalization in the digital space.  In open and democratic societies, it was paramount that people had access to and could utilize digital technologies.  “It is easy to predict which jobs the digital revolution will render obsolete”, he said, ”but it is more critical to identify which jobs would instead be created”.