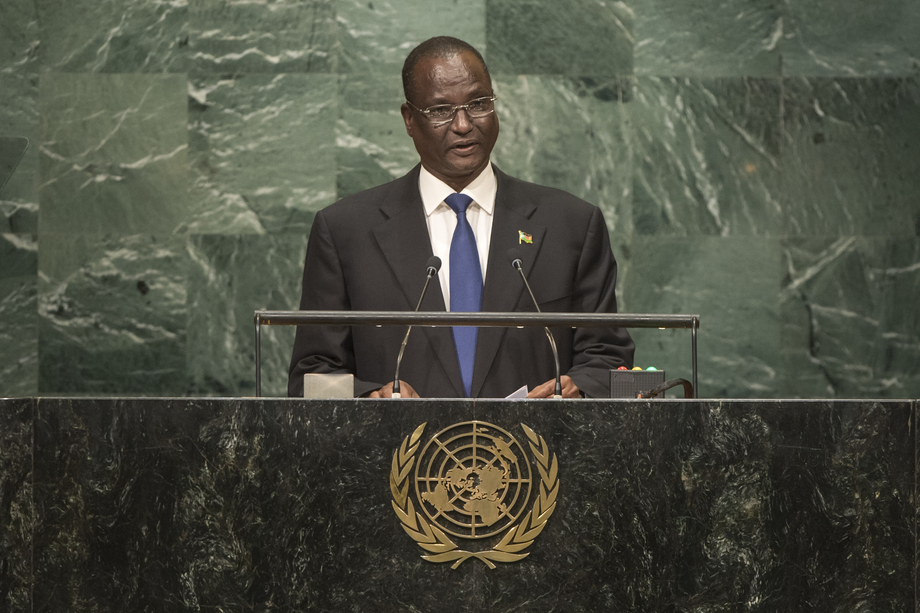 TABAN DENG GAI, First Vice-President of South Sudan, said conflict had broken out in his country again in July, when its leaders had failed to agree on internal governance and leadership challenges.  The situation was now stable and peaceful, the Government was functioning and life was returning to normal.  However, the effect of the conflict, coupled with low global oil prices, had put the economy under unprecedented fiscal stress, creating hardship for the general public, he said.  Together with development partners and friends, South Sudan was exerting every effort to tackle those economic shocks by stabilizing the security situation, streamlining fiscal policies, improving income from non-oil revenues, engaging in agriculture, mining and tourism and encouraging investors to come to the country.

More often than not, he said, nations had taken decisions individually, and sometimes collectively, in addressing situations like preventing a country from slipping into conflict, urging reforms, democratization and respect for human rights.  Sometimes, however, the results of such actions actually contributed to the same effects they had been intended to avoid in the first place.  Some leaders who may not agree with such interventions dictated such negative actions.  Interventions in such countries – supposedly taken in order to protect civilians, advance democracy and ensure respect for human rights and justice – had not always produced the expected results.  Instead, they ended up creating displacement and refugees in most cases.

He said the push to transform the world through the Sustainable Development Goals could not be achieved without all nations listening to each other, whether they were big or small, rich or poor, developed or developing.  Countries must work together to resolve critical issues affecting the planet, such as terrorism, conflict, migration, climate change, nuclear proliferation, racism and food security.  To transform the world, everybody must be made to feel that they belonged to the world and must work as true partners.  Patronising attitudes of superiority – disguised as the promotion of democracy, human rights, freedom and justice – could easily lead to serious crises in the form of resistance by affected parties, he cautioned.