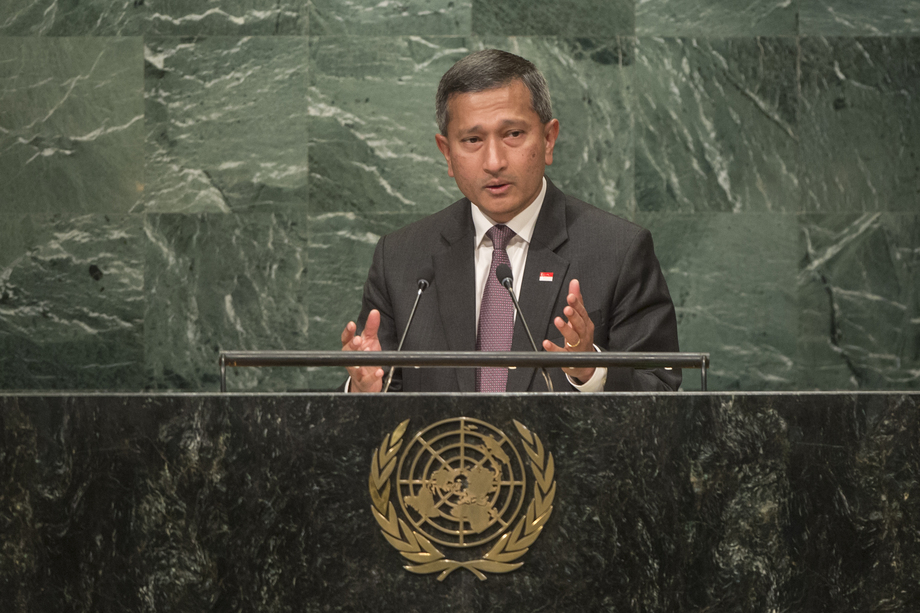 VIVIAN BALAKRISHNAN, Minister for Foreign Affairs of Singapore, noted that South-east Asia had become a fertile recruiting ground for Islamic State in Iraq and the Levant (ISIL/Da’esh), and that in such an uncertain world, small States had to work much harder just to stay afloat.  A rules-based multilateral system, international partnership and cooperation and sustainable development were critical to their survival and prosperity.  “We reject the notion that might is right,” he added, emphasizing that a collective voice for small States spoke louder and that collective action was a more effective catalyst for change.  The Global Governance Group provided an effective platform for 30 small and medium-sized countries to exchange views on global governance and contribute to discussions of the Group of 20 (G-20), he said.

Success in achieving sustainable development would require the rule of law and international partnerships, he said, stressing that without good governance, transparency, strong institutions and a clear legal framework, development could be neither sustained nor beneficial for ordinary people.  Another important issue that required cooperation was the sustainable management of forests and the prevention of land degradation, he said, adding that transboundary haze from forest and peatland fires in South-east Asia had impaired the health of millions of people, compromised the safety of aircraft and damaged the regional economy.  Developing countries needed international support and assistance to implement the 2030 Agenda, he said, adding that Singapore was committed to helping other developing countries build capacity.