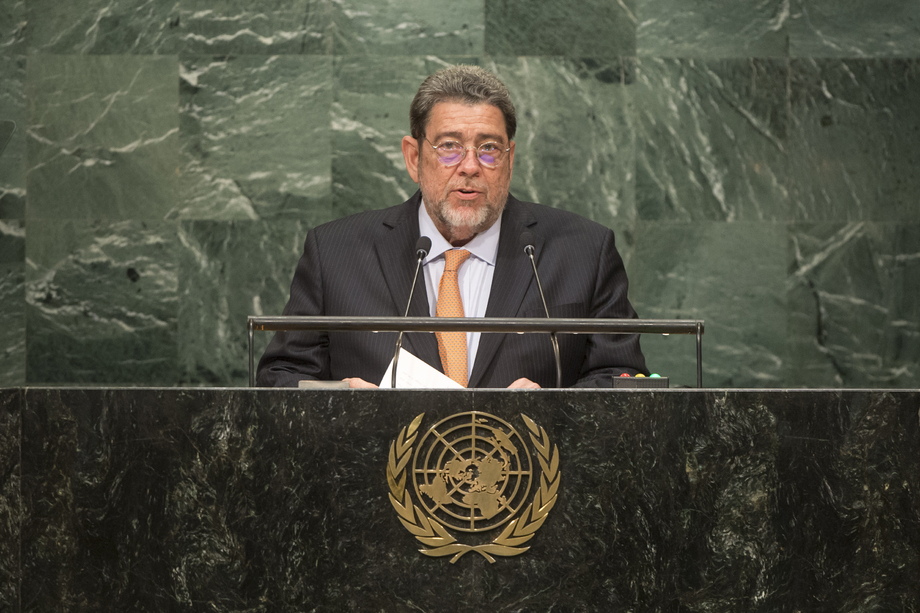 RALPH E. GONSALVES, Prime Minister of St. Vincent and the Grenadines, observed that, in 2016, the pressure for change had come not only from the “marginalized outposts of globalization’s casualties” but also internally from within rich and powerful nations.  Marginalized nations and peoples had “thirsted too long at the dry spigot of promised trickle-down prosperity”, and the long-foretold “rising tide that lifts all boats” had come in the form of rising seas which threatened to inundate small island developing States.  His country had aggressively adopted the 2030 Agenda, with a focus on job creation, quality education and renewable energy, among others, central to its national medium-term development plans.  In 2016, it had launched a “Zero Hunger Trust Fund” inspired by Goals 1 and 2, and employing multifaceted tools to ensure that no citizen would go to bed hungry by 2020.  He expressed hope that the programme would be supported by partners and become a best-practice template to be adopted in other small island contexts.

Turning to Goal 7, which spoke to the development of renewable energy with particular emphasis on small island States, he said his country had invested heavily in developing geothermal resources.  By 2019, it was anticipated that 50 per cent of its national energy would be supplied geothermally and 80 per cent generated by a mix of renewable resources, including hydro and solar.  As big emitters continued to dither, more frequent and intense hurricanes washed away large swaths of his country’s GDP in a matter of hours.  While applauding the international community for reaching the Paris Agreement, its promises to mitigate climate change and provide climate finance were inadequate and unenforceable.

On the United Nations role in the spread of cholera in Haiti, he said that catastrophe had now killed over 10,000 Haitians and infected almost 800,000 others.  The Organization had belated acknowledged its culpability while claiming immunity to deny victims their rights.  In the Dominican Republic, thousands of citizens of Haitian descent were affected by an unresolved human rights crisis and the United Nations indifference towards them was unacceptable.