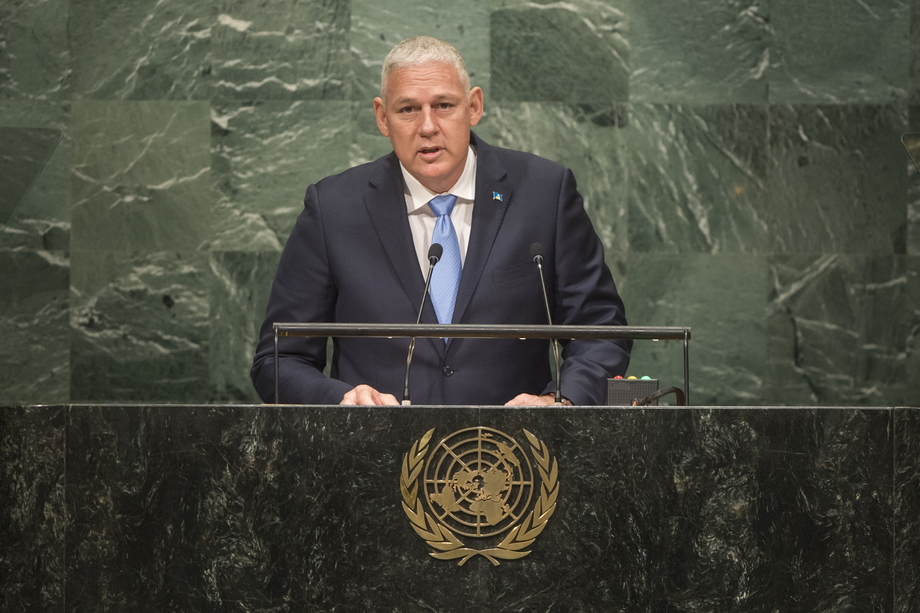 ALLEN MICHAEL CHASTANET, Prime Minister and Minister for Finance, Economic Growth, Job Creation, External Affairs and the Public Service of Saint Lucia, said “old habits and old arguments” were irrelevant to the challenges of today, and called upon the United States to lift its embargo against Cuba.  Most of the world’s challenges stemmed from the denial of access to basic human rights, such as education, health care, justice and security.  The very format of engaging in a “general debate” was a contradiction because, while many spoke, few “stayed around to listen” and far fewer responded, he pointed out.  “We wonder how and why this entity is so negatively perceived by the persons we are elected to serve?”

As a small island State, Saint Lucia’s voice was meant to be equal, but realpolitik had proven the contrary, he continued.  Instead of being invited to participate in a solution to the world’s challenges, small islands had been forced to adopt programmes created by more advanced States, only to be criticized by the very same countries and branded as tax havens.  “We are left to dance between the raindrops,” he said, noting that, while deeply affected by the 2008 financial crisis, they had not participated in the solutions.

The Group of 20 had a legitimacy problem because it was unofficial and non-inclusive, he said, adding that many of its members championed the very financial and economic systems that had created the crisis, he said, emphasizing that there was no need to perpetuate a world order that elevated one group of nations over others.  Recalling that the United Nations had been founded on the belief that nations could solve problems collectively, and rooted in the hard lessons of war, he said the time had come to move in a new direction.  With the advent of the technological revolution, there was a need to embrace a new era of engagement based on common needs, innovative ideas and mutual respect, he stressed.  “We must decide whether the United Nations can continue to be a place where we lament our outdated grievances or a place where we begin to forge common ground.”