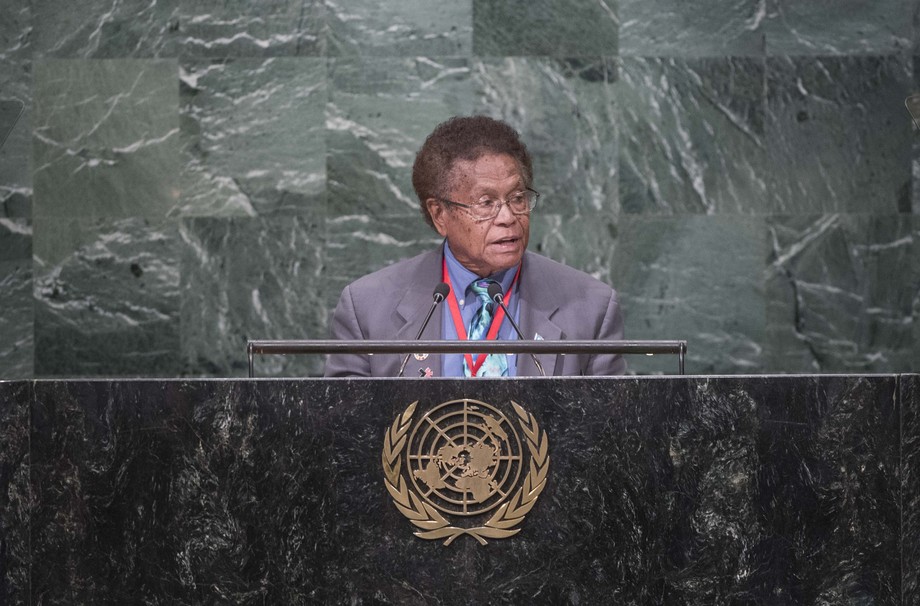 CALEB OTTO (Palau) condemned the nuclear tests conducted by the Democratic People’s Republic of Korea, saying that his country’s proximity to the launch site placed it under special threat.  Climate change also posed existential dangers for Palau, and it was imperative that all efforts be made to ensure that the global temperature increase remain under 1.5° Celsius.  In 2015, Palau had begun implementing its National Marine Sanctuary, which was based on the traditional conservation practice of “Bul” and entailed placing a moratorium on a diminishing resource in order that it may replenish itself.  The Sanctuary would allow the ocean to regain its health, replenish its fish stocks and rejuvenate its biodiversity, he said.  In addition to facilitating the achieving of sustainable Development Goals 13 and 14 on climate action and life below water, respectively, increased income from tourism would allow for the provision of basic services such as sanitation and food security as well as the eradication of extreme poverty.  The project’s success would also depend on areas beyond national jurisdiction, he said, expressing gratitude for the new Implementing Agreement under consideration by the Preparatory Committee for Habitat, in accordance with General Assembly resolution 69/292.