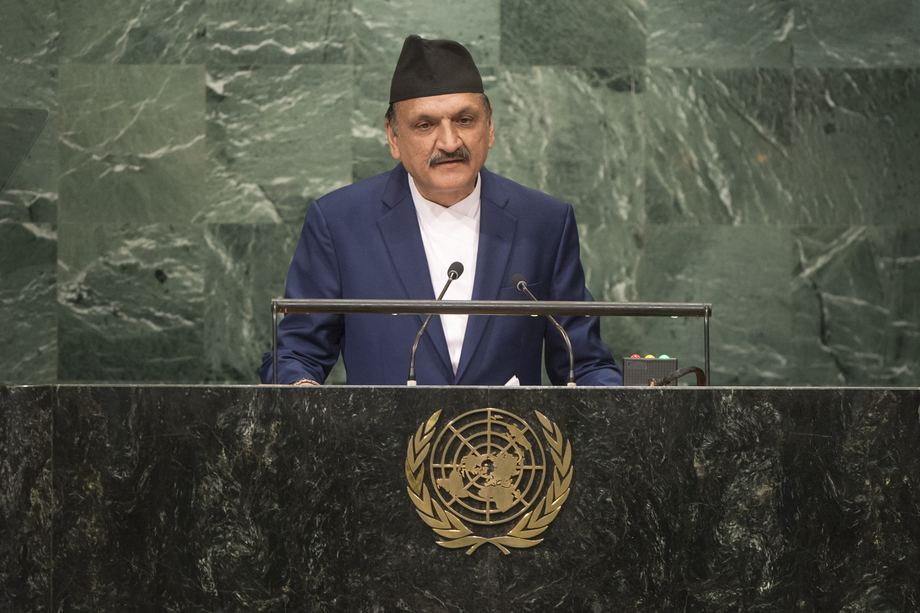 PRAKASH SHARAN MAHAT, Minister for Foreign Affairs of Nepal, said the international community’s failure to agree a comprehensive convention on terrorism was highly frustrating.  He called for speedy resolution of the conflicts in Afghanistan, Iraq, Libya and Syria, and expressed support for lasting peace in the Middle East.  Nepal would remain committed to fulfilling its international obligations and providing additional troops and civilians to United Nations peacekeeping operations, he said.  For peace missions to be successful there must be unity of purpose in mobilizing the Security Council’s political capital, clearly defined mandates and adequate resource back-up, he emphasized.  Troop-contributing countries must have fair opportunities to serve in leadership positions, both in the field and at Headquarters, and human rights must not be used as tools to serve hidden political objectives.

Nepal’s new Constitution contained a list of human rights measures, he said, noting that the country had abolished the death penalty and put legal and institutional measures in place for the realization of all human rights.  On migration, he said the welfare of migrant workers must have priority in the countries where they worked.  As the source country for more than 3 million migrant workers, Nepal called for concerted efforts at the national, regional and international levels to ensure their well-being.  International finance and trade must be responsive to the needs and concerns of least developed countries and landlocked developing countries, he said, adding that climate justice must be based on common but differentiated responsibilities, with special attention to climate-vulnerable countries, particularly mountainous countries.  The success of Nepal’s peace process could be a good example for countries transitioning from conflict to peace, he said, adding that his country’s constitution guaranteed equal opportunity and protection for every citizen.  Women were guaranteed at least one-third representation in Parliament and 40 per cent in local government, he added.