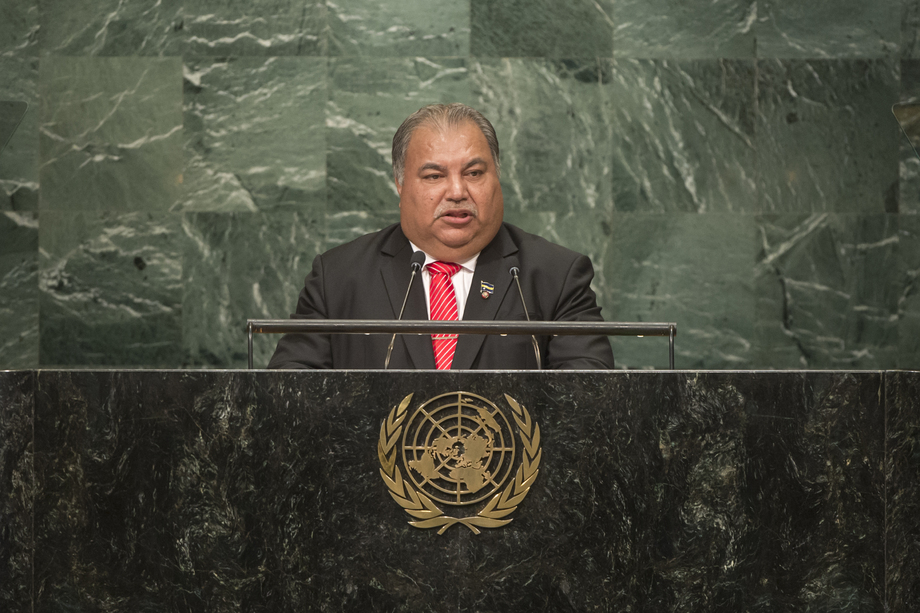 BARON DIVAVESI WAQA, President of Nauru, said the world was at a crossroads.  The seventy-first session of the General Assembly would decide which path to choose, with the Samoa Pathway, the 2030 Agenda, the Paris climate agreement, the Addis Ababa Action Agenda and the Sendai Framework serving as road maps.  Translating words into action would require directing resources where it mattered, but some international funding mechanisms excluded small countries like Nauru or proved impossible to access.  Private investment was unreliable and rarely available for basic services and critical infrastructure, while promising financial models for small developing countries — like direct access and direct budgetary support — were rarely an option.  That needed to change in order for small countries to benefit from the historic agreements that had been reached.

Implementation of Goal 14 regarding the sustainable use of the oceans and marine resources was a high priority, he said.  The upcoming United Nations Oceans Conference would be a much-needed opportunity to foster a shared vision for healthy, productive and resilient oceans.  Noting that Nauru was among the first countries to ratify the Paris Agreement, he said climate change was, for his small island nation, its greatest humanitarian crisis.  “It is our war,” he said, calling for the appointment of a United Nations Special Representative on climate and security.  He went on to support Security Council expansion, with India, Japan, Germany, Brazil and others becoming permanent members.  “It is time to reflect the geopolitical realities of today, not 70 years ago,” he said.

He said Nauru was deeply concerned by the situation in West Papua, including alleged human rights abuses.  It was important to have an open and constructive dialogue with Indonesia on that matter.  His country was also concerned by growing tensions provoked by recent actions by the Democratic People’s Republic of Korea.  The Pacific region had seen far too much violence and suffering in the twentieth century and it could not allow the scourge of war to return.  There was no place in a sustainable world for nuclear proliferation, he added.

Taiwan was a close friend of Nauru, he said, adding that the 23 million people of the Republic of China should enjoy the fundamental rights set out in the United Nations Charter.  Taiwan had contributed to the World Health Assembly and the International Civil Aviation Organization (ICAO).  It was also promoting the Sustainable Development Goals and helping to lead the way to a low-carbon economy.  It was a key stakeholder in the international community “and we should make efforts to regularize their participation throughout the United Nations system” so that all Member States could benefit from its substantial contributions.