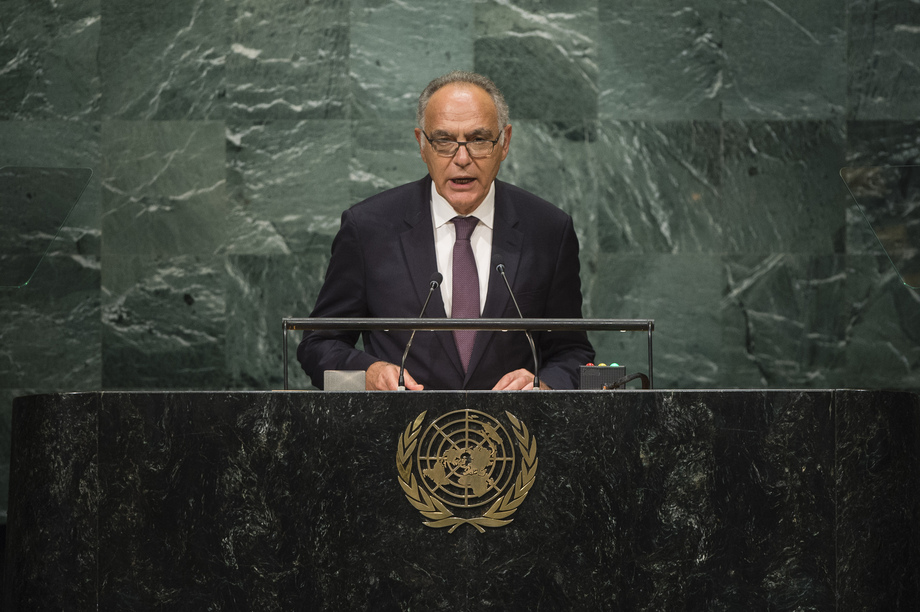 SALAHEDDINE MEZOUAR, Minister for Foreign Affairs of Morocco, said his country was eager to adopt a dynamic approach to sustainable development that would adapt its own vision with the goals of the United Nations.  Morocco participated in peacekeeping operations in Africa and Asia to which it had contributed thousands of “blue helmets”.  There could be no development without peace and security, he added, emphasizing that Morocco was dedicated to establishing partnerships.  Sustainable development was at the top of the list.  Morocco had made a political commitment to continue towards actualizing the aspirations of people in the developing world.  It had launched a national plan — “a basic pillar of the social development,” including in the sectors of economics and environment.  It kept the well-being of the human being at its core.  The plan also focused on strengthening its partnership with African partners in areas of combating poverty, promoting education and strengthening security.  He looked forward to the next climate meeting in Marrakesh and said that the implementation of the Paris Agreement was directly linked to the availability of financing.

There was a strong link “based on love and respect” between Morocco and Africa, he said, outlining various development programmes his country was involved with on the continent.  On the matter of the Sahel, the last resolution adopted by the Security Council had reemphasized a political solution based on stability and democracy, he said, pledging his country’s willingness to work with the United Nations in that respect.  It was important to uphold human rights and utilize regional and international efforts to combat terrorism.  On the national level, Morocco had adopted a strategy focusing on a religious, social and legal approach to fight foreign terrorists.  “Christians, Muslims and Jews must all stand against hatred and terrorism,” he said, adding that no progress could be achieved with xenophobia existing in societies.  He called on all Libyan political forces to continue dialogue and provide the Libyan people with dignity and democracy.  The Middle East could never “enjoy lasting peace” without establishing a Palestinian State, he said, urging the revival of a peace process and an end to changing the demographic composition of Jerusalem.