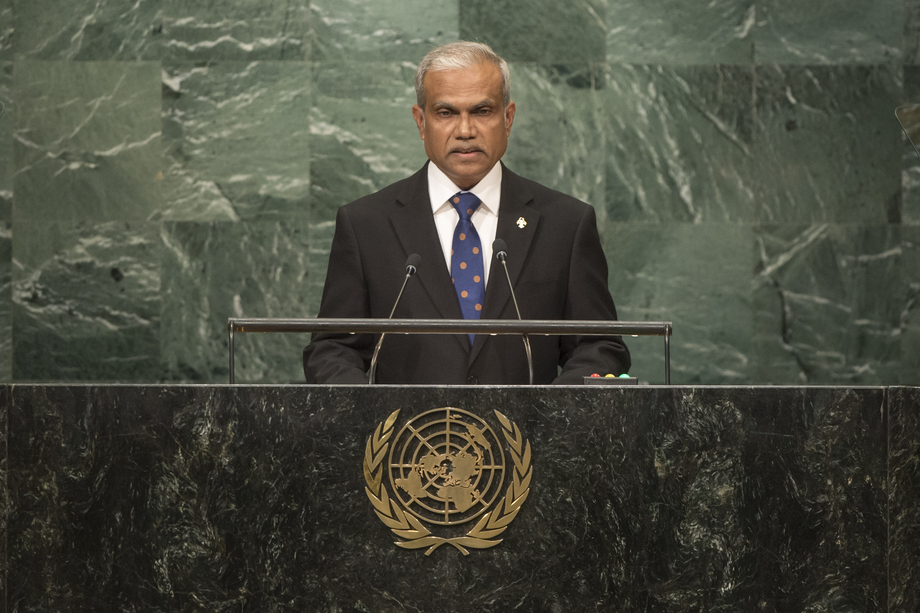 MOHAMED ASIM, Minister for Foreign Affairs of Maldives, said that the adoption of the 2030 Agenda provided a rare opportunity for the whole world to come together in a moment of collective agreement.  The Maldives was focused on investing in health and education.  The country sought to deliver easily accessible health care, a feat that was challenging for a population of 338,000 dispersed over 188 islands.  “Investing in our people will put us on the right path, and no investment has higher returns than when we invest in women and girls,” he said.  As a small island developing State, the Maldives was susceptible to economic, environmental and institutional shocks.  It was necessary to re-evaluate development status beyond simply GDP per capita, a metric which disadvantaged smaller countries with small populations.  Vulnerability needed to be a factor in those assessments.  “Evaluate our progress relatively, not against inapt benchmarks,” he said.

Climate change was an existential threat to the Maldives, he said, and his country had long advocated urgent action on that issue.  As a lone voice, it could not go far, but today, together with 43 members of the Alliance of Small Island States, it could accomplish much more.  The Maldives was among the first to ratify the Paris Agreement.  His nation was also concerned about the sustainable use of the oceans, an issue that needed a collective response.  On Syria, he said that a military solution was never the answer.  “Fences and wires don’t stop violence […] compassion and tolerance do,” he said.  Condemning terrorism in all its forms and manifestations, he warned against the rising tide of hatred, Islamophobia and xenophobia in the name of security, which could only lead to more violence.