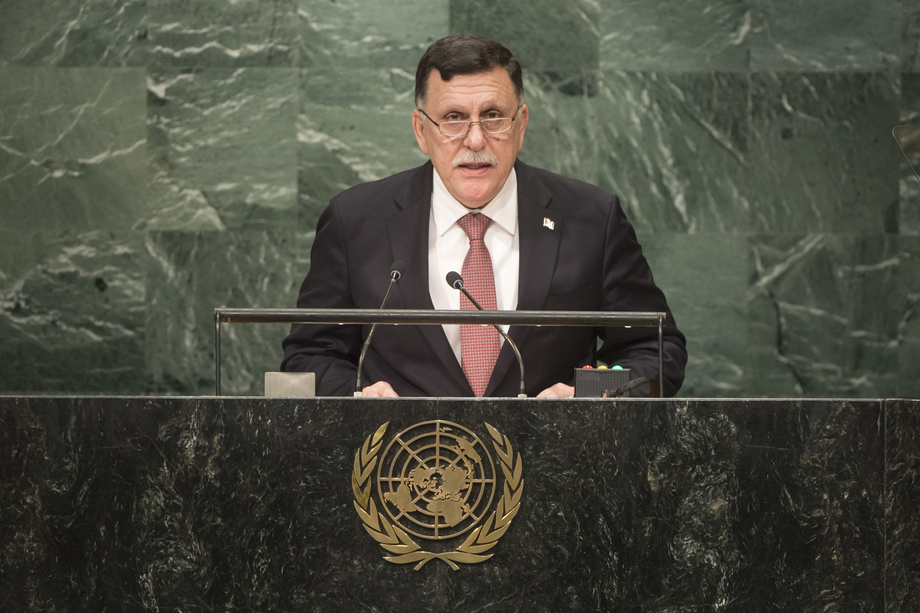 FAIEZ MUSTAFA SERRAJ, President of Libya, said the situation in Libya was of interest to the entire world and the country was grateful for all the assistance received to get through this difficult period.  To unify the State, he recalled the importance of the separation of powers.  Efforts had been made to bring together the voices of the country.  The Government would continue peaceful dialogue and cooperation and thanked all international partners for their support.  Adequate financial resources were needed to achieve peace and unity. Libya remained committed to strengthen cooperation and dialogue and would welcome the re-establishment of diplomatic missions in the country.

He rejected and condemned all terrorist activities.  They hurt Libya and other countries. All efforts must be made to prevent terrorism.  Libya’s war against terrorism was merciless.  He also expressed the hope that the Security Council would be more engaged in the fight against terrorism and that the international community would create a platform to fight terrorism together.  The country continued its fight against impunity and took advantage of the mechanisms offered by the Human Rights Council.

Massive migration had serious consequences for Libya and came with significant cost, he said.  Security had to be guaranteed for migrants and for countries of origin as well as receiving countries.  Libya would participate in any future efforts in that area.  He also stated his continued support for disarmament and the fight against weapons of mass destruction to avoid the escalation of conflicts.

Efforts were under way in Libya to implement the 2030 Agenda, he said.  Goals had to be translated into action.  To achieve sustainable development, the private sector must be strengthened.  He also asked for a more effective United Nations, including a more equitable representation in the Security Council.  Lasting peace would not be achieved as long as Israel occupied Palestine and continued settlements which resulted in the displacement of people and a serious humanitarian crisis.  States must be empowered to achieve true sovereignty.  He called on the international community to join together for justice and unity.