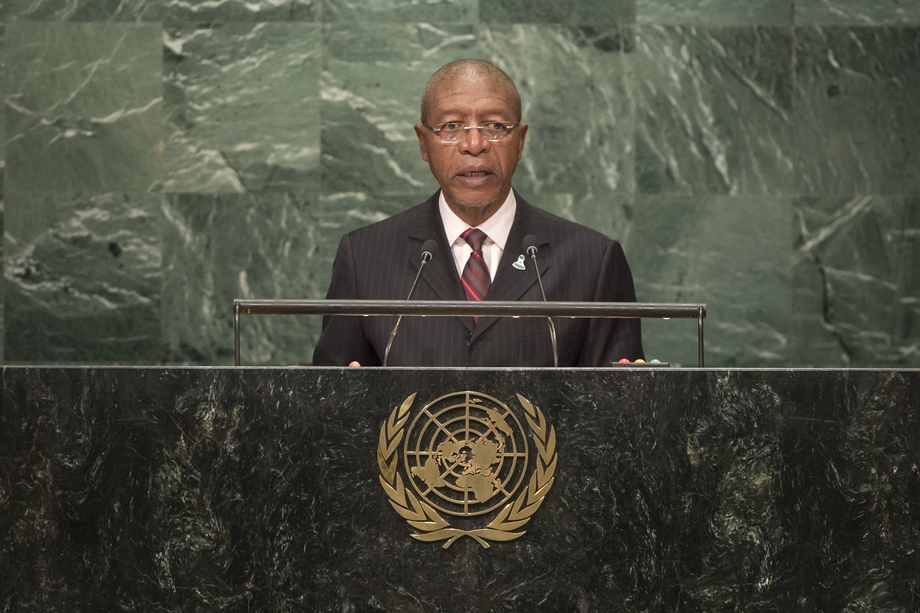 PAKALITHA B. MOSISILI, Prime Minister of Lesotho, said that the intractable conflicts in the Middle East and Africa, tension on the Korean Peninsula and other parts of Asia, were the biggest refugee problems since the Second World War and were some of the challenges that the United Nations and the world were facing today.  At the same time, terrorism continued to rear its ugly head, with ISIS and other groups causing needless loss of lives.  Amid such challenges, the adoption of the Sustainable Development Goals and Paris Agreement were landmark achievements which had cemented the role of the Organization as the only forum for collective diplomacy.

The unique challenges faced by least developed, landlocked and small island developing States, as well as those emerging from conflicts, must be paramount in the consideration of all strategies for the 2030 Agenda’s successful implementation, he continued, stressing that the inclusion of all stakeholders would bring about fundamental changes in the livelihood and well-being of societies.  In Lesotho, women constituted a significant majority of the population, and were the backbone of rural communities.  In that regard, the Government had promulgated laws, allowing them to access to land, credit and resources for their unfettered engagement in economic activity.  Furthermore, in line with the Agenda, Lesotho had undertaken various initiatives to capacitate youth-owned small, macro and medium enterprises to acquire skills for job creation.  “With our limited domestic resources, we are looking for innovative ways of pursuing our development priorities and aligning them to global, continental and regional agendas,” he stressed.

He went on to emphasize that a private sector-led growth strategy was vital for competitiveness and expansion of trade and investment opportunities.  Sustainable Development Goal 9 recognized the importance of infrastructure, industrialization and technology to the progress and development of countries like Lesotho.  Furthermore, the threat posed by underdevelopment, climate change and HIV/AIDS had picked the conscience of mankind for many years.  Lesotho had adopted an innovative, indigenous leadership programme which sought to ensure that the health delivery system was affordable, accessible and effective.  On the role of disarmament in the maintenance of international peace and security, he called upon all nuclear weapon States to make deep cuts in their current stockpiles, with the ultimate aim of finally eliminating them.  On Security Council reform, he said:  “the sooner it is concluded the better for humankind and peace in the world,” expressing support for the African Union’s position.