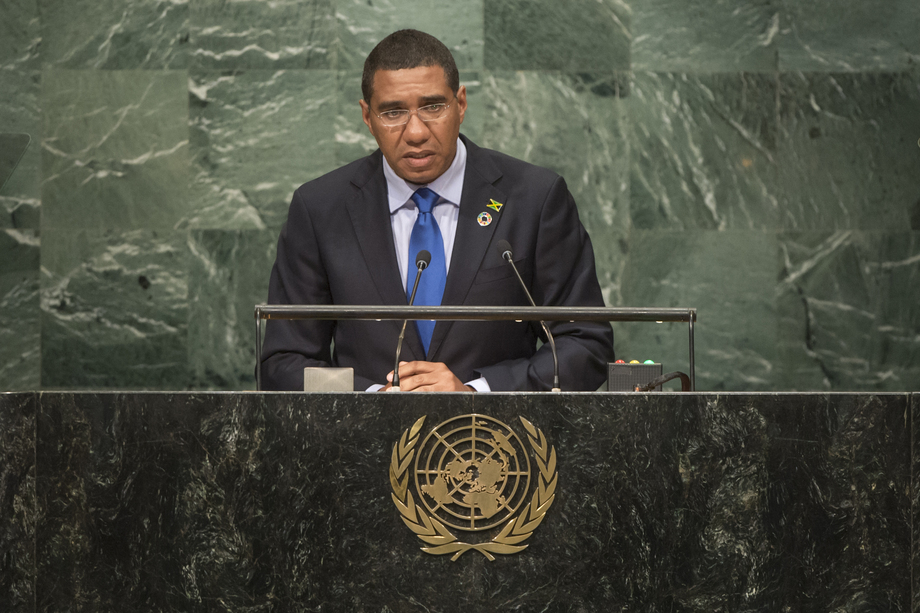 ANDREW HOLNESS, Prime Minister of Jamaica, said his country’s path toward sustainable development had been hindered by years of low growth, crippling national debt and high unemployment, exacerbated by its vulnerability to natural hazards.  Highly indebted middle-income countries such as Jamaica were poised for economic transition with relatively high levels of health and education, but that potential was threatened by its having to choose between debt repayment and spending on growth.  Developing countries would ordinarily be able to tap into development assistance, to be used for growth, thereby inducing counter-cyclical investment in infrastructure, which could in turn strengthen their debt repayment capacity, he noted.  However, arbitrary classification on the basis of gross domestic product per capita precluded countries like Jamaica from accessing such resources.  The middle-income classification indicated average incomes but said nothing about the stock of wealth a country possessed or its vulnerabilities.

Countries like Jamaica had made reforms in order to improve fiscal management and achieve debt sustainability, he said, but new investment was needed of a scale and velocity difficult to undertake without the engagement of international development institutions.  That created the prospect of a trap for such countries, which were on the cusp of transitioning but stalled by the risk of reversal, which threatened hard-won developmental gains.  He called for an initiative for highly indebted middle-income countries, underpinned by the principle that their structural vulnerabilities could not be diversified.  Their responsible servicing of debt should be facilitated by assistance, he said, adding that the potential impact of such an initiative would put more countries in a position to make greater contributions to the international system in the near future.

He went on to emphasize the importance of effectively addressing the emerging crisis resulting from the withdrawal of correspondent banking services to certain financial institutions in the Caribbean, a trend that hindered Jamaica’s participation in the global financial system.  Trade represented approximately 70 per cent of the Jamaican economy and “de-risking” measures threatened its integration and economic viability.  Regarding climate change, he said that his country was the host country to the International Seabed Authority, and therefore attached great importance to matters pertaining to the Law of the Sea.  Jamaica supported the development of a legally binding international instrument on the conservation of and sustainable use of marine biological diversity in areas beyond national jurisdiction, and was actively participating in the relevant negotiations.