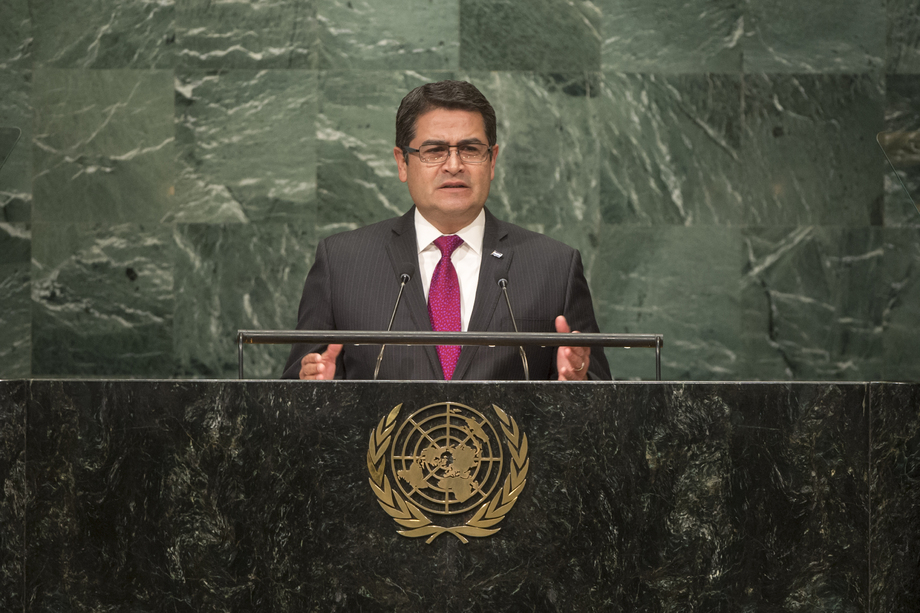 JUAN ORLANDO HERNÁNDEZ ALVARADO, President of Honduras, said that the world had emerged in 2009 from a profound economic crisis which had resulted in implications especially for the most vulnerable of his people.  The country had suffered in many ways, including a crisis of confidence in institutions and being seen as unsafe by the rest of the world.  With effort, democracy had been restored, and less than three years ago, the country had embarked on the right path.  Economically, it had seen an almost 5 per cent reduction in its fiscal deficit with sustained economic growth while larger Latin American economies were stagnating.  Tax collection had increased and its credit and risk rating had improved.  It had launched a national development programme — “Honduras 2020” — to double private investment and jobs created in strategic sectors over the next five years.

With regards to citizen safety, he said Honduras had dismantled major drug cartels, which had been responsible for the most tragic violence, and broken up criminal gangs.  It had made its intelligence capacity more robust, fighting impunity and corruption.  The battle had resulted in a notable decrease in violence, with a 26 per cent decrease in homicides.  Close international cooperation had assisted them in combating organized crime, bringing corrupt public servants and others to justice and extraditing people accused of drug trafficking or organized crime.  According to the Global Peace Index, Honduras no longer ranked in the top five most dangerous countries.

Turning to climate change, he said that Honduras had suffered a drought that endangered food safety for almost 200,000 families, as well as the proliferation of a destructive insect which was destroying a sixth of its forests.  His country had received support from the United Nations and allies, including relevant technical assistance.  It was developing an integrated policy to pay special attention to land, forest and waters and meet the enormous challenge that climate change represented for small countries.

Honduras was also tackling the main root causes of migration abroad, he said.  Those problems were transnational in nature and needed to be solved in a transnational manner.  Due to its geographic position, Honduras had seen a flow of migrants, with the number increasing 300 per cent in one year, which demonstrated that migration was a global issue with global interests and a global solution.  Finally, he spoke about the rights of victims of violence, saying that the use of force and terror had become exalted, with criminals using victims’ images to highlight violent events.  Countries which had experienced such violence, including Honduras, had a feeling of injustice when victim rights were not respected.