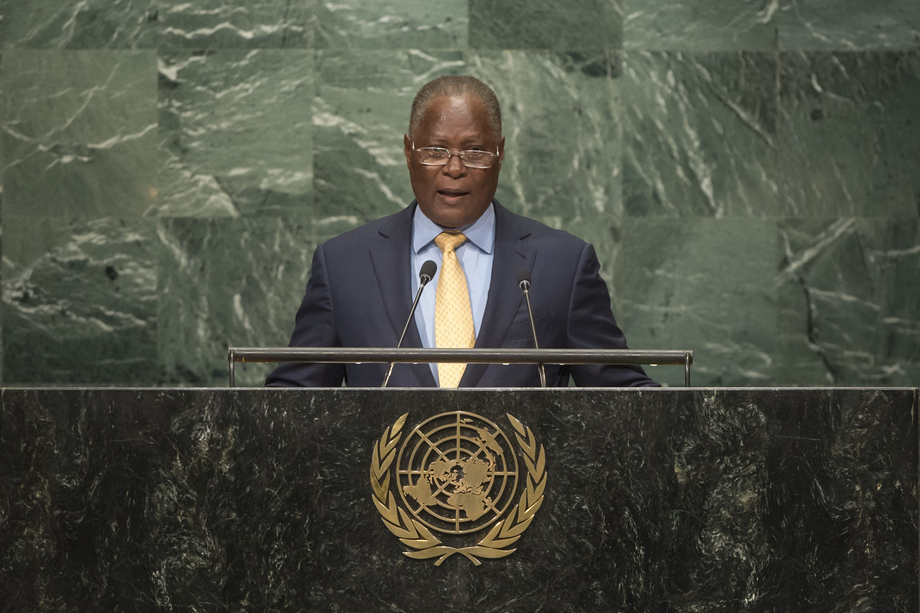 JOCELERME PRIVERT, President of Haiti, said that the multitude of threats facing the international community included terrorism, violence and environmental devastation.  In a time of such volatility, the United Nations must ensure stability and peace, and contain international terrorism.  Although important progress had been made in reaching a peace agreement in Colombia and in easing relations between the United States and Cuba, those recent developments had been overshadowed by many other threats to peace and stability, he said.

Under the existing conditions, many Haitians chose to leave their country to seek improved livelihoods elsewhere, he said.  By assuming deliberate ownership of the process of implementing the Sustainable Development Goals, Haiti had committed itself to improving living conditions for all its citizens.  The country needed peace, as well as measures to strengthen the rule of law, the economy and the infrastructure, so that it could provide Haitians with better living conditions.

Haiti’s upcoming election would strengthen stability, as well as help the country to move out of underdevelopment, he said.  A credible and honest electoral process would restore constitutional order, as well as citizens’ trust in their elected leaders and political institutions.  The election would “truly break with the cycle of instability and uncertainty”, he said, adding that he would not spare any efforts to ensure the election was free and fair.

He said that, while the work of the United Nations Stabilization Mission in Haiti (MINUSTAH) had been slow in the eyes of some observers, during its 12 year tenure, the Mission had helped to strengthen security, promote human rights and reinforce the capacities of national institutions.  Furthermore, Haiti noted with high interest the Security-General’s remarks in a recent report that highlighted multiple cases of sexual abuse perpetrated by “Blue Helmet” officers, as well as the introduction of cholera by United Nations personnel in Haiti.  “The United Nations’ recognition of its responsibility in the latter case opened the way for the right discussions to take place in order to eliminate cholera in Haiti for good,” he said.  He appealed to the Secretary-General to implement a substantial programme that would reinforce the fight against cholera and help victims of the disease.