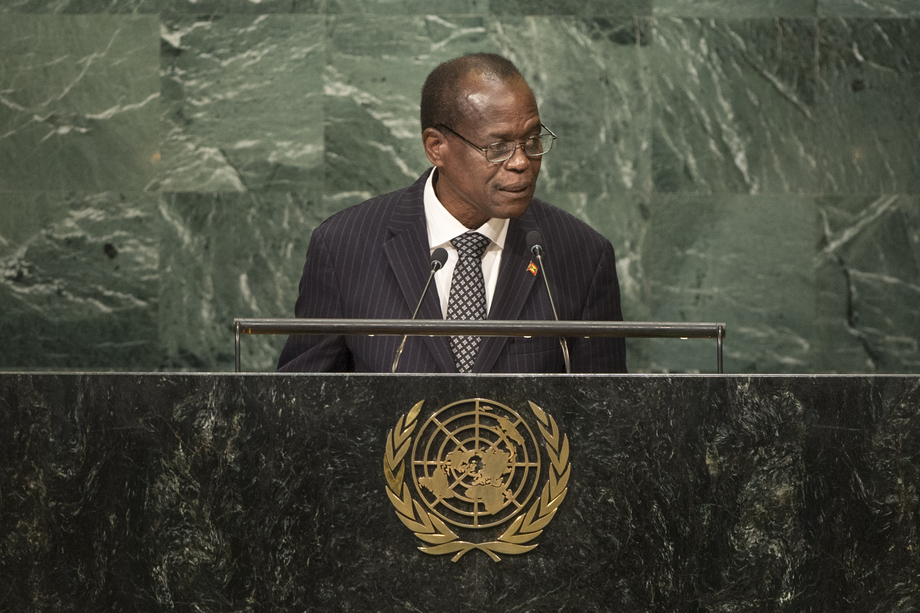 ELVIN NIMROD, Minister for Foreign Affairs of Grenada, expressed the commitment of his country to the full and inclusive implementation of the Sustainable Development Goals and the Paris Agreement.  Grenada was particularly committed to conserve and promote the sustainable use of the oceans and all marine resources.  He stressed the importance of securing adequate resources to protect marine resources, and he shared an innovative approach in that field.  During Blue Week 2016, a “shark tank” approach was used to allow local and international ocean entrepreneurs to pitch project ideas for funding.  According to research carried out by the Boston Consulting Group and the World Wildlife Fund, the ocean economy has an estimated $24 trillion asset value.  Furthermore, he urged small island, Caribbean and Pacific States to be lead advocates on the issue of oceans and climate change.  On climate change, he urged leaders to ratify the Paris Agreement by the end of 2016, noting that small island and least developed States would require ongoing technical assistance and capacity-building in the areas of climate change, renewable energy and sustainable development.

Regarding peace and security, he reiterated that the sovereignty of countries had to be respected, and he did not condone the embargo imposed on Cuba by the United States.  He also expressed his support for a two-State settlement for Israel and Palestine and the self-determination and protection of the Palestinian people.  At home, Grenada continued to strengthen democratic values and practices, including through a reform of the Constitution.