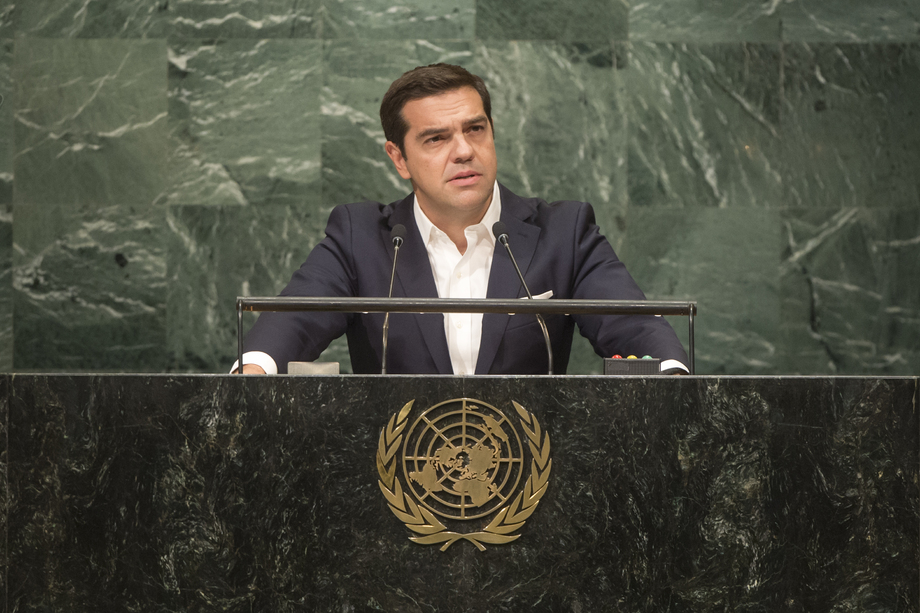 ALEXIS TSIPRAS, Prime Minister of Greece, said that his country had been the eurozone member hit hardest by the economic crisis and austerity measures imposed to resolve it.  It had also been on the frontline facing the greatest migration flows to Europe since the Second World War.  His country was now emerging, after seven turbulent years, from the deepest social and economic crisis in its post-war history.  Its priority was reducing unemployment to average European levels through a new paradigm and taking advantage of its strategic position at the crossroads of three continents to become a trade, maritime and rail transportation hub.  He urged partners to finalize necessary measures for debt reduction and set the path for Greece’s return to capital markets.  Recent planning successes had been reflected in a return to positive growth rates, a downward trend in unemployment and a revived interest in foreign investment.

On the migration crisis, he observed that nearly 60,000 migrants remained stranded in Greece after the closing of its northern borders because of other countries’ unilateral measures.  A political crisis had erupted in Europe with strong xenophobic forces pushing the agenda forward.  However, the Greek people, who had been hardest hit by the economic crisis, had proven to the world that neither their values nor humanity should be conditional.  Despite calls to violate the Geneva Convention, his country — whose asylum service had not existed three years ago — had dealt fairly with the fourth largest number of asylum applications in Europe.  A new global framework for refugee management was needed, which must increase support to countries hosting refugees, and tackle the root causes of migration, among other initiatives.

Regarding regional security, Greece had developed bilateral and trilateral relations with all its neighbours to promote peace, cooperation and international law.  It would remain steadfast in supporting intercommunal talks regarding the Cyprus issue towards a just and comprehensive solution, which could be viable only if the anachronistic guarantee system of the past was left behind and a withdrawal of Turkish forces from the island ensured.  His country had enhanced its dialogue and relations with Turkey through a range of initiatives including cooperation in managing refugee and migration flows.