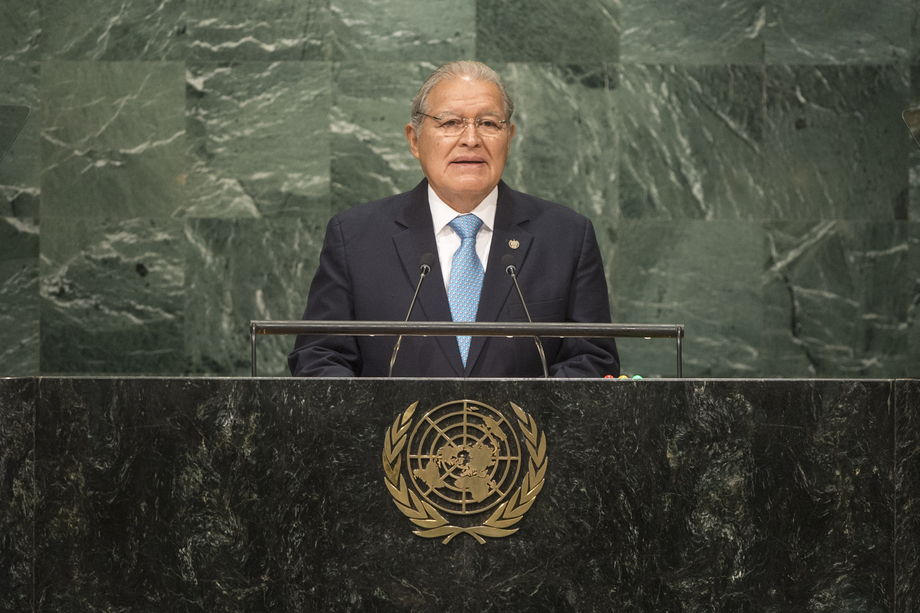 SALVADOR SÁNCHEZ CERÉN, President of El Salvador, acknowledging that peace and security would be threatened without sustainable development, expressed his country’s full support for the 2030 Agenda.  In particular, El Salvador had made extraordinary efforts to reduce violence in its municipalities, as evidenced by a marked reduction in homicides as compared to the previous year.

Turning to the issue of migration, he urged the international community to meet that challenge with courage in order to strengthen related initiatives. Stating that he was aware of the factors forcing Salvadorans to migrate, he said that his Government was carrying out efforts to improve the situation.  However, guarantees that the rights of his people would be respected in transit through other countries were needed.  On that note, he stressed that “the wall” was not a solution as it only led to greater hate.

Attempts to destabilize Governments in the region, in particular Brazil, not only flew in the face of the rule of law, but hampered democracy, he went on to say.  In that context, he also expressed solidity with Venezuelan President Nicolás Maduro Moros and the Venezuelan people, saying he trusted they would find solutions through dialogue.

He applauded the decisive role of the United Nations in promoting international peace and security, and praised the support given to his country over the past 25 years.  The peace accord reached in 1992 after his country’s civil war was a successful example of resolving conflicts through the world body and could be used as a reference to resolving others.  El Salvador was happy to share its experience, as it did in the case of Colombia.