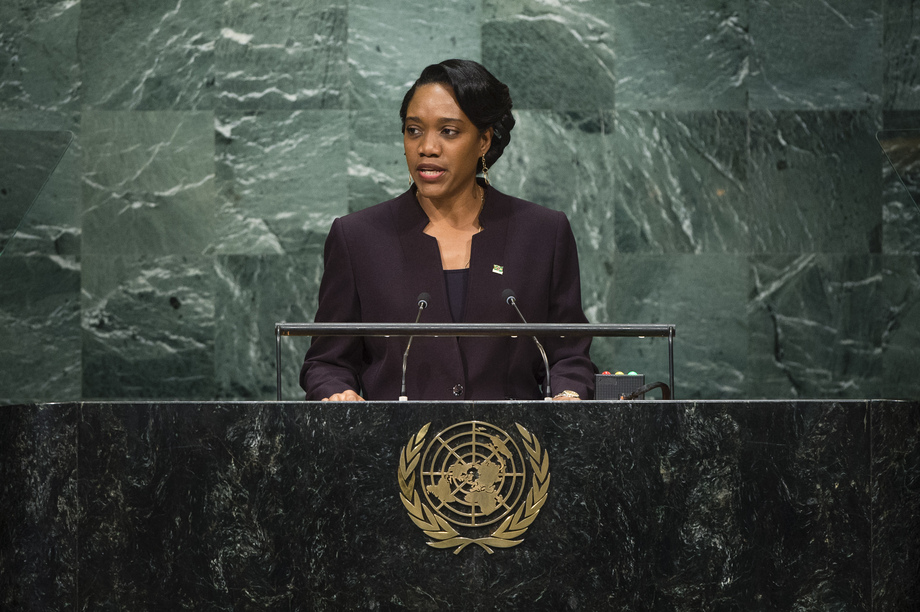 FRANCINE BARON, Minister for Foreign Affairs and CARICOM Affairs of Dominica, said that realizing the Sustainable Development Goals was not about ticking boxes, but about making a real difference.  The international community must sharpen its focus on the impact of climate change on small island developing States.  They had seen agricultural production dramatically reduced, leading to prolonged drought and soil erosion.  The economic impact of the environmental damage was dire, and “more urgent and wide-ranging action is needed in fighting against climate change to ensure our very survival”.  Dominica had been painfully reminded of that in 2015, when Tropical Storm Erika had killed 30 of its citizens, she recalled.

That event had caused economic damage estimated at $483 million, the equivalent of 90 per cent of national GDP, she recalled.  Dominica had since made great strides in building more climate-resilient and adaptive infrastructure in a process facilitated by the support of bilateral and multilateral partners, she said.  Still, the country continued to suffer the “disproportionate burdens and impacts of climate change”, which hampered its efforts to develop in a sustainable manner, she said, adding that resources intended for sustainable development programmes had instead been shifted to post-disaster rehabilitation efforts.  Dominica, therefore, continued to call for the establishment of an international natural disaster risk fund, she said, describing the Caribbean Risk Fund and the International Monetary Fund (IMF) and World Bank Disaster Recovery Facilities as “good starting points”.