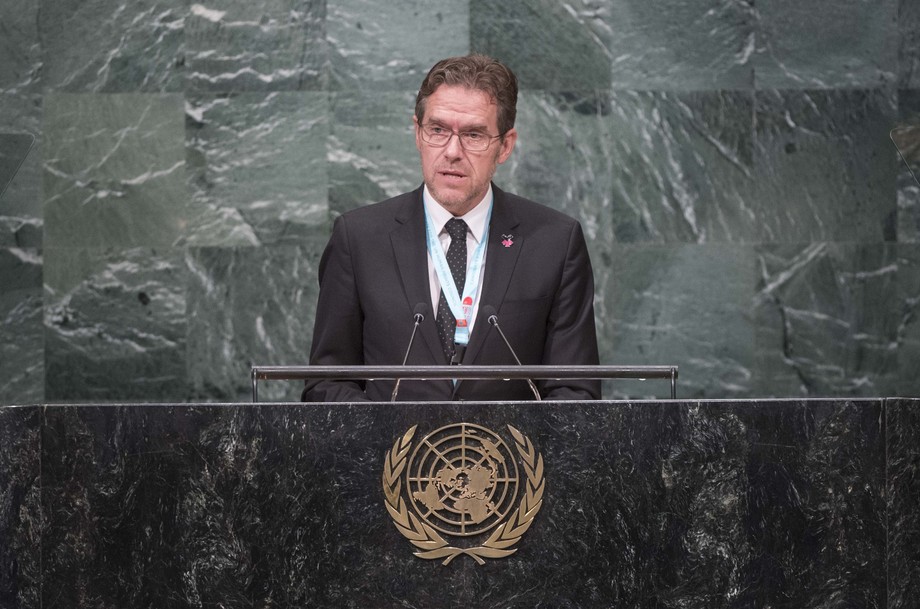 IB PETERSEN (Denmark) emphasized the need for collective responses to global challenges and presented his country’s vision for action on the basis of three core principles – dignity, development and dialogue.  On dignity, he expressed concern that conflict and violent extremism were leading to violations of human rights.  Denmark was doing its part for peace and stability by contributing to the United Nations Multidimensional Integrated Stabilization Mission in Mali (MINUSMA) and supporting local communities in Iraq and Syria, he said.  Regarding development, he reminded the Assembly that his country was one of the largest humanitarian donors per capita, and had consistently committed 0.7 per cent of its gross national income to foreign aid since 1978.  He urged other countries to do the same.  Turning to climate change, he said the Paris Agreement, which the Danish Parliament would move to ratify on 5 October, was an important step forward.  To bolster the accord, the Government had launched a Sustainable Development Goals investment fund, to which it had made an initial allocation of $15 million, he said, adding that Denmark aimed to reach a base of $750 million by raising capital from private investors.  Denmark was committed to addressing global challenges through dialogue and partnership, he said, adding that it had demonstrated that commitment through support for numerous General Assembly resolutions and, most recently, through its collaboration with Chile, Ghana, Indonesia and Morocco in launching the Convention against Torture Initiative.  If the United Nations was to remain a relevant and effective people’s organization, it must better embrace the spirit of dialogue by making its procedures more open and transparent, he stressed.