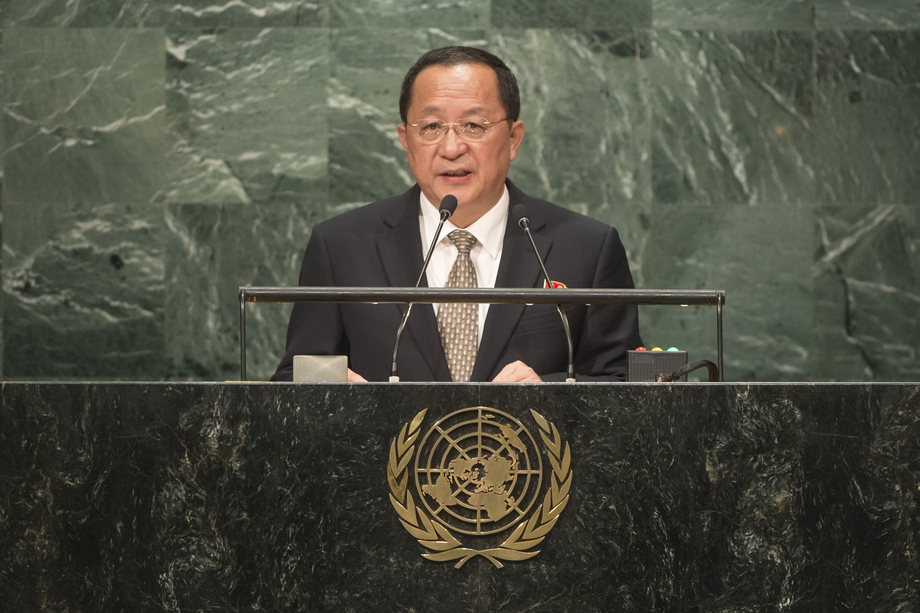 RI YONG HO, Minister for Foreign Affairs of the Democratic People’s Republic of Korea, emphasized the importance of peace to his country, which was embarking on its five-year strategy for national economic development.  Unfortunately, the country’s future was being threatened by the aggression of the United States, which had recently conducted large-scale joint military exercises involving more than half a million troops and strategic assets, including nuclear bombers and submarines.  In the face of such aggression, the Democratic People’s Republic of Korea had made every possible effort to prevent an armed conflict and a possible subsequent escalation, he said.  Its nuclear programme was, therefore, a necessary defensive measure.  It was regrettable that the Security Council was covering up “the high-handedness and arbitrariness” of the United States, in violation of the United Nations Charter.

He went on to remind the Assembly that his country had made several requests to the Council for an emergency meeting on the threat to international peace and security posed by the large-scale joint military exercises of the United States on the Korean Peninsula, but had been turned away.  Reiterating the defensive nature of his country’s nuclear programme, he explained, however, that as long as there was a nuclear State with a hostile posture towards his country, it would continue to strengthen its nuclear programme.  Finally, he extended his Government’s support for and solidarity with the people of Cuba “in their struggle to safeguard their dignity and sovereignty” in the face of the United States-imposed blockade.  The Democratic People’s Republic of Korea also stood in solidarity with Palestine, Syria, Iraq and Libya, which today faced war and violence as a result of interference by the United States.  He criticized that country’s practice of politicizing human rights issues as a way to target anti-imperialist and independent countries, such as sovereign African States.