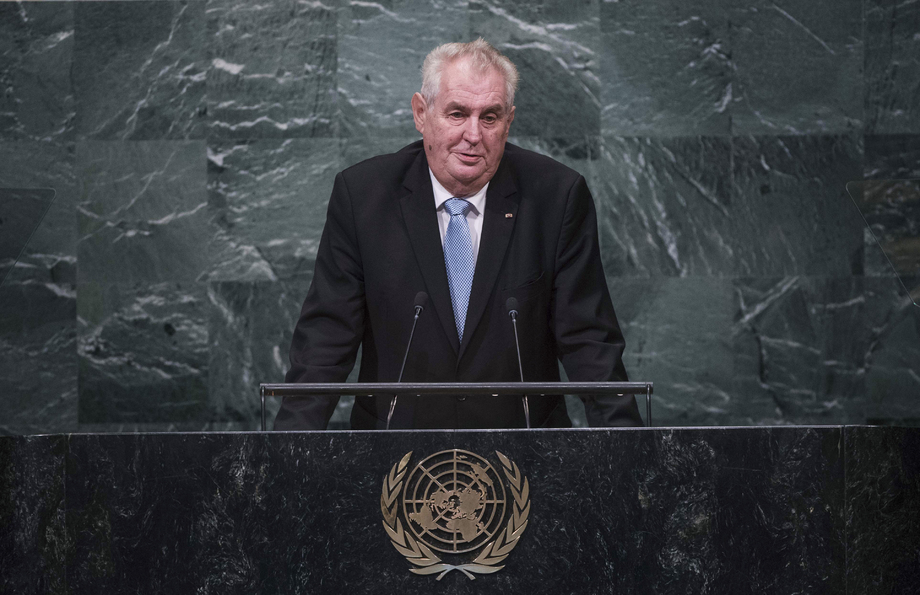 MILOŠ ZEMAN, President of the Czech Republic, reminded the plenary that in his statement before the General Assembly in 2015 he had warned the international community that there would be an increase in terrorism.  He asked what had happened since then and recalled all terrorist attacks over the past year.  He stressed the increase in Islamic terrorism in particular.  He called terrorism a “Muslim cancer” which had spread, and asked what the international community could do, beyond condolences and declarations.  He noted the increased risks that came with changes in Government, including in Afghanistan, and highlighted the danger of a strengthened Al-Qaida.

He outlined the risk of radicalization, even in societies that were considered to be peaceful and democratic.  Providing the example of Germany, he described the complete radicalization of a civilized society that turned into the horrors of national-socialism.  That should serve as a reminder to the international community that more had to be done.

The Czech Republic was engaged across the world to combat violence and terrorism, despite its small size, he said.  Calling for an increased international response that scourge, he was critical that there had been no international platform for concerted action against terrorism.

There needed to be strengthened cooperation between national security agencies and the increased use of drones, he said.  It was vital that the nerve centre of international terrorism be hit.  He expressed hope that the Security Council would adopt a resolution on the fight against terrorism.  Furthermore, there was a need to develop international tools to combat terrorism to be able to address challenges of failed States and new terrorist groups.