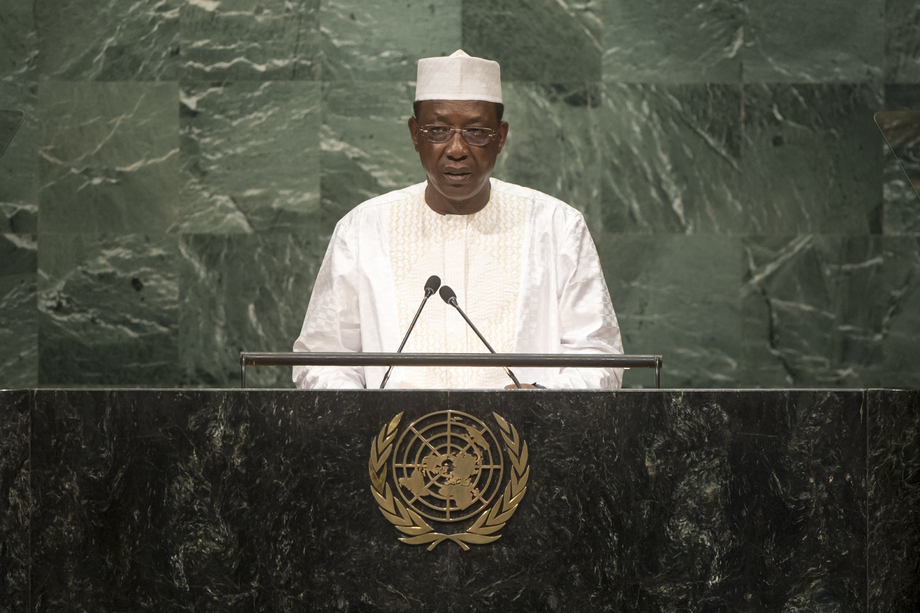 IDRISS DEBY ITNO, President of Chad, said the world was more interdependent and interconnected than ever.  At the same time, challenges had become global, ranging from terrorism to climate change, migration to poverty.  “No region is immune to these challenges,” he noted.  As the most vulnerable continent, Africa faced the challenges of underdevelopment, with Somalia, Libya and suffering destabilization which could spread to other regions.  Chad had done its part to fight Boko Haram, contributing to the establishment of a regional force, he said.

Africa had undertaken various measures to solve its problems, he continued, stressing that regional efforts must be strongly supported by the international community.  The African Union was anxiously awaiting agreement with the United Nations on progress in addressing regional problems.  While the situation in Libya remained deeply disturbing, the action by the African Union and the United Nations aimed at deploying civilian forces in South Sudan was a positive development.

The situation in the Central African Republic remained precarious, he said, adding that, as armed clashes continued in that country, the Government needed support for its efforts to normalize the situation.  He urged the political players there and in other countries, such as Burundi and Gabon, to engage in dialogue.  Regarding South Sudan, he said a political solution must be found through direct negotiations with the parties to the conflict.  On the Israeli-Palestinian conflict, he underscored the need for an independent and viable Palestinian State, and called for a relaunch of the peace process.

With more than a billion men and women, Africa was working towards advancing development, he said.  However, eradicating poverty “will be possible only if actors keep their promises”.  In order to eliminate extreme poverty, strengthen resilience and promote sustainable economic growth, Africa must have the necessary resources, he said.  The continent was ready to play its part as no region and no State could prosper on its own.  Climate change and environmental issues were among the major challenges, he said, warning that ecological disaster dangerously threatened food security and stability in the region.