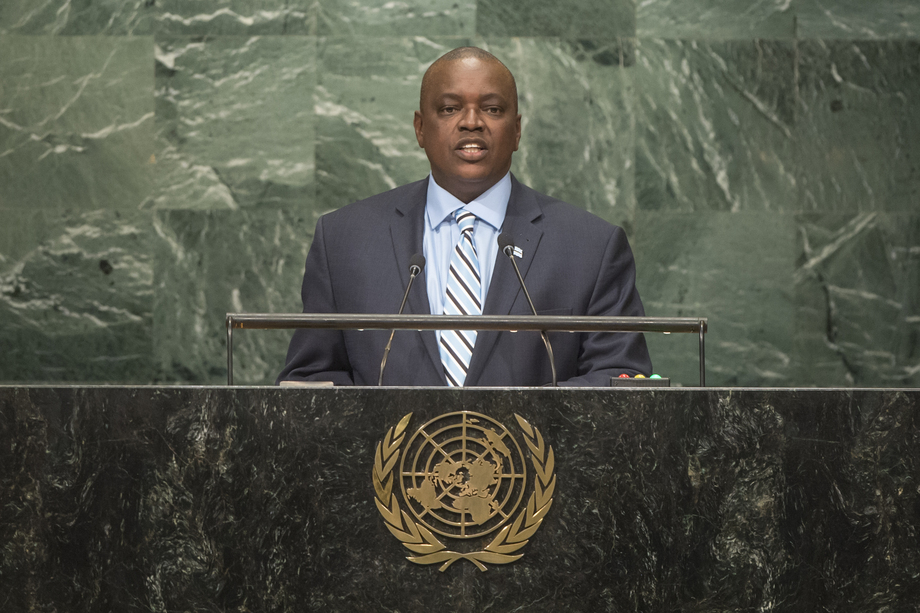 MOKGWEETSI E.K. MASISI, Vice-President of Botswana, noted that his country would on 30 September celebrate its fiftieth anniversary of independence.  Once among the poorest States in the world with a gross domestic product (GDP) of $70 per capita in 1966, it now counted amongst middle-income countries.  Two days before Botswana became a sovereign nation, a Canadian journalist had observed:  “It is destined to be an international charity case forever exporting its ablest men and cattle in exchange for cash and kindness from abroad”.  Reflecting back on the country’s challenges and achievements, he expressed pride that it was one of Africa’s most stable democracies, having held free, fair and peaceful multi-party elections every five years without interruption.

He expressed concern about the crisis in Syria, which could have been contained had the Council and the international community intervened promptly.  “Assad and his machine” was not the only party committing crimes against humanity, he said, adding that his country was equally concerned about the Democratic People’s Republic of Korea’s continuous testing of ballistic missiles.  Botswana had terminated its diplomatic relations with that State because of its poor human rights record.

Considering increasing security threats, he called upon the Council to demonstrate seriousness and alacrity in executing its mandate, adding that it could no longer be acceptable to “hide behind the veto while millions of innocent lives are lost”.

Turning to the Olympic Games, he commended Brazil for hosting them successfully despite criticisms from some quarters which had spread fear by linking the Games with the Zika virus, terrorism and other issues.  He went on to condemn the International Paralympic Committee for its blanket ban on Russian athletes.  Such treatment represented injustice and discrimination, and his country believed there was another agenda beyond the stated reasons for the decision.  He closed by wishing the people of the United States successful elections in November and expressed hope that the winning candidate would be someone known to be tolerant and who embraced all.