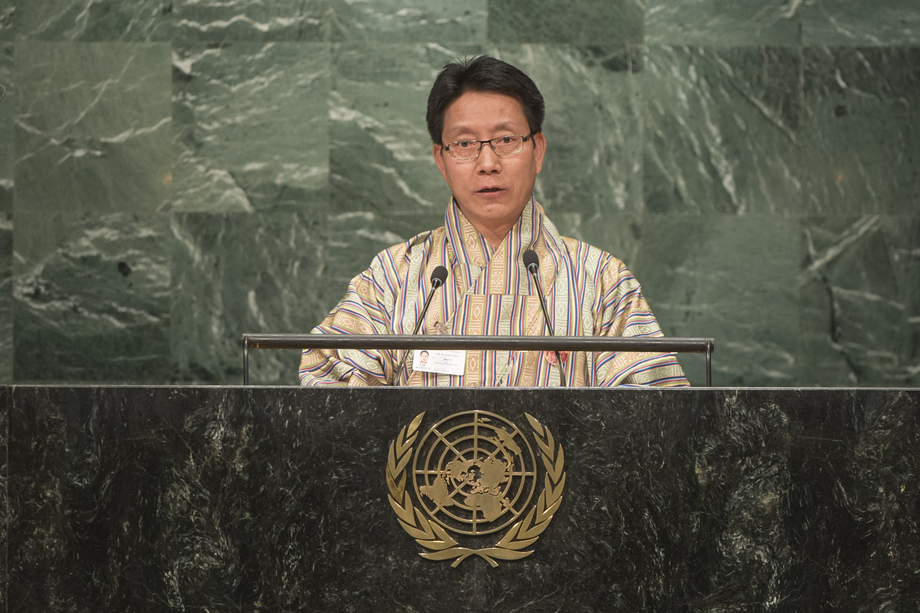 LYONPO DAMCHO DORJI, Minister for Foreign Affairs of Bhutan, noted with concern the occurrence of recent acts of terrorism, and protracted and new conflicts which had resulted in massive and unprecedented levels of displacement.  To achieve sustainable peace, much remained to be done with regard to the arms trade.  He went on to address other major global challenges the international community had to address, including poverty, child mortality, gender equality, inequality and climate change.  The latter had the most serious impact on the most vulnerable countries, such as small island States and least developed countries.

He stated that Bhutan aligned the Sustainable Development Goals with national priorities.  He also noted that the Goals were consistent with the national framework of Gross National Happiness.  With regard to successful implementation, he stressed the importance of the support of Bhutan’s development partners.  Partnerships and a strengthened multilateral system were crucial for the realization of the Sustainable Development Goals.