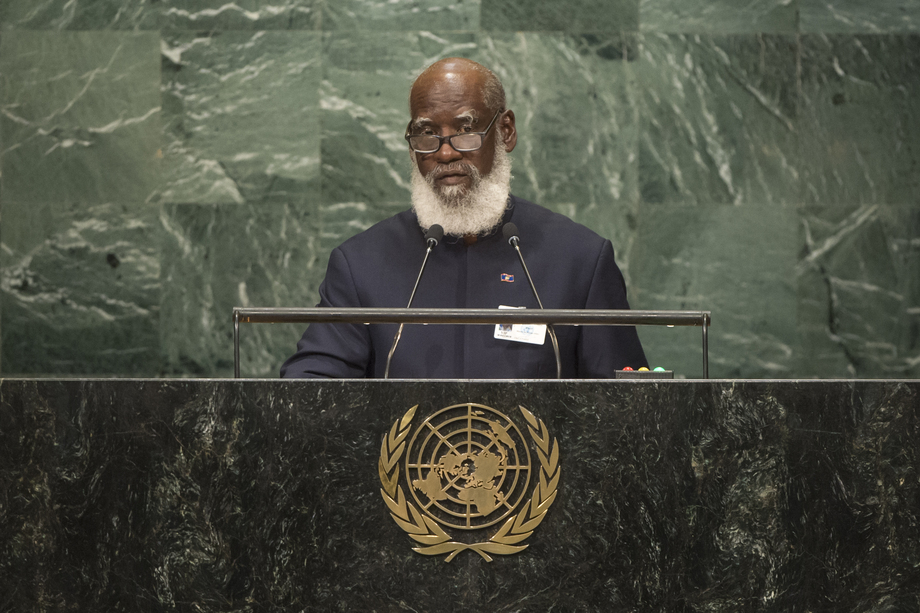 WILFRED P. ELRINGTON, Minister for Foreign Affairs of Belize, said that Guatemala’s 80-year-old claims on his country’s territory remained unresolved.  He expressed regret over hostile incidents between civilians and military personnel of both countries at the Sarstoon River, their southern border, whereby the Guatemalan navy had impeded the movement of Belizeans along the river, wrongfully claiming it to belong to their country.  He said that since the northern side was Belizean territory, the enjoyment and use of that side was the right of every citizen.  Belize had engaged in dialogue with Guatemala under the good offices of the Secretary-General of the Organization of American States (OAS).  Similarly, along the western border, illegal entries by armed trespassers from Guatemala persisted, resulting in forests being decimated, waters compromised and coral reefs choked to death.  On occasion, in the course of attempting to apprehend armed trespassers, Belizean security personnel had used firearms as in the period September 2014 to March 2016, and in the tragic incident of April 2016, he recalled.  Belize wished to live in peace and harmony with all its neighbours, including Guatemala, and there was an urgent need to end that country’s anachronistic and unfounded territorial claims.

Turning to the 2030 Agenda for Sustainable Development, he said Belize had begun to put fledgling industrial development in place from the early 1990s alongside a progressive environmental-protection legal regime.  More than 36 per cent of Belizean territory was under some form of protected status and was now mainstreaming climate change adaption into development policies, plans and investment strategies in order to make its engines of growth renewable and sustainable.  It was incrementally providing free public education, had established the Maya Land Rights Commission and was rolling out a national health insurance policy.  However, setbacks in the global economy, as well as energy and food security crises and other challenges had affected Belize’s sustainable development trajectory, and it was rebuilding in the aftermath of Hurricane Earl, which had debited 5.5 per cent of GDP.  Belize also remained concerned about the controversy between Guyana and Venezuela, and stood in solidarity with Venezuela in its efforts to resolve its domestic challenges, he said.