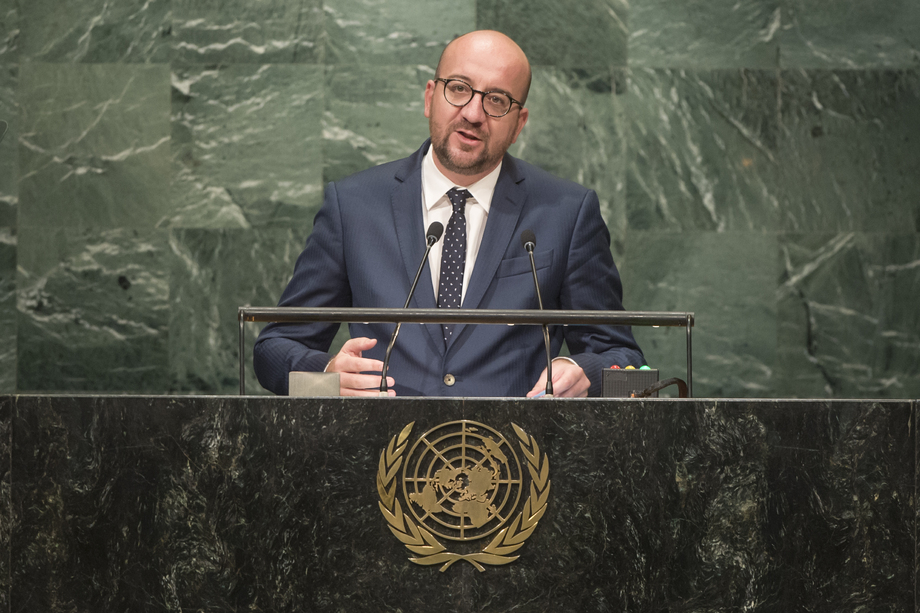 CHARLES MICHEL, Prime Minister of Belgium, said the global community was faced with a reality in which equality between women and men had still not been achieved.  Freedom of speech and freedom of the press were too often thwarted, and homophobia remained legal in certain countries.  The rule of law was too often just a façade, and justice nothing but a menace to citizens and companies.  Turning to Africa, he said the region was replete with potential, and it was the international community’s responsibility to support its development.

Africa had experienced several successful democratic transitions in the last decades, in which its citizens had participated in electoral and political processes, helping to strengthen sovereignty and democratic institutions, he said.  Emphasizing that respect for the rule of law and the constitution was the only path to guaranteeing stability, he said the right to exercise the rule of law had been denied the people of Burundi, who had experienced oppression and discord instead.  In the Democratic Republic of the Congo, the upcoming elections would be indispensable, he said, condemning the violence seen in Kinshasa over the last couple of days.

Turning to Syria, he described it as “a country of blood and war, of unspeakable suffering and large-scale displacement of people uprooted from their homes”.  Appealing to all permanent members of the Security Council to exercise their responsibility, he said impunity could not be the response to such human rights violations.  Furthermore, Al-Qaida, Da’esh and Boko Haram presented a new form of totalitarianism, as recent acts of terror in Belgium had shown.  In that regard, there was a need to reform the United Nations counter-terrorism architecture, he said.