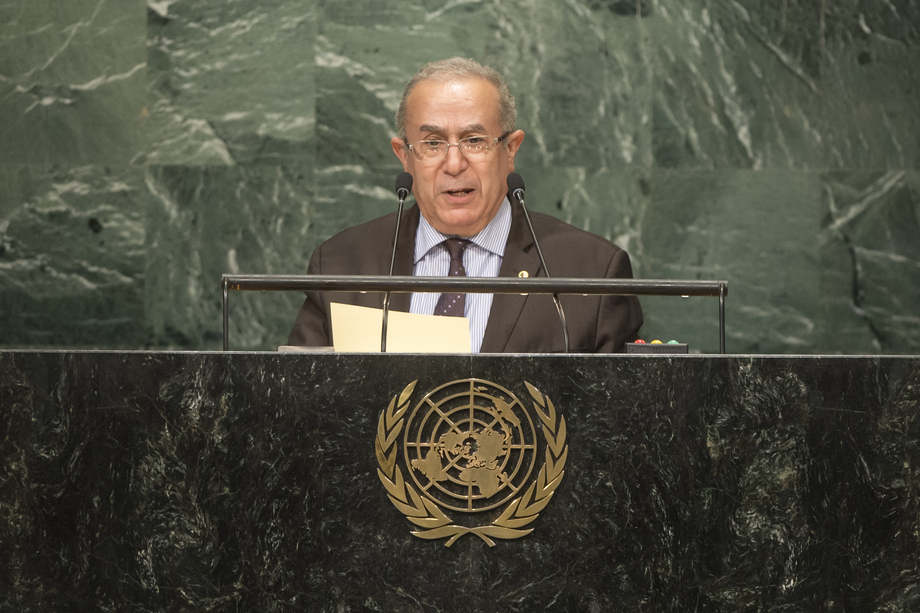 RAMTANE LAMAMRA, Deputy Prime Minister and Minister for Foreign Affairs and International Cooperation ofAlgeria, noted the turbulent global situation that featured not just old conflicts but also new threats that required urgent and serious action.  The world witnessed waves of mass displacement unseen since the Second World War.  The United Nations held a high-level meeting on 19 September 2016, and that was a test for the international community which required solidarity.  The founders of the United Nations thought of a collective security based on equality that would avoid narrow interests and intolerance, and the Organization needed to be a source of inspiration in times of crisis.

It was unfair to place responsibility on the United Nations for all violations taking place in the world, because the Organization was reflective only of the political will of its members, he said.  New and unprecedented challenges meant that the United Nations needed to be reformed, and Algeria welcomed the outcome of the Non-Aligned Movement’s summit in Venezuela, which stressed the urgent need for that reform.  When the United Nations was created, most of the world was under occupation and the global balances of power were different.  Reform was not impossible.  The consensus on the 2030 Agenda showed that consensus was possible through negotiations.  Still, it would be a challenge to reduce poverty and it was important that developed countries not reduce aid to developing countries, whose needs were increasing.

No single person was immune from security threats, for example the threat of terrorism, he said.  Inaction on the Palestinian issue was evidence of the failure of the contemporary international order.  The issue of Western Sahara had to be settled according to international legitimacy and implementing the right of the people of Western Sahara to self-determination.