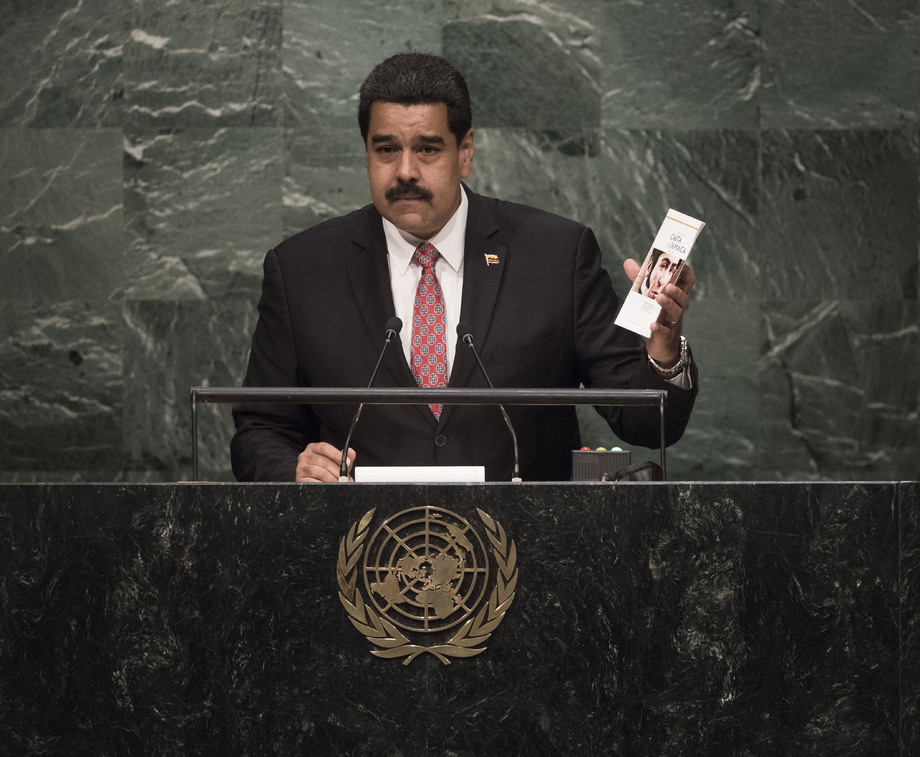 NICOLÁS MADURO MOROS, President of Venezuela, said 2015 was the year in which Venezuela celebrated 200 years of liberation, when Simon Bolivar led the liberation forces — following hundreds of years of colonization — into an anti‑colonialist, anti-imperialist, geopolitical approach for the Americas.  This was an approach which, 200 years later, Venezuela supported for a balanced world — a world that rejected every kind of hegemony, the use of force, military and economic domination.  For many of the 70 years of its existence, the United Nations led a bipolar world, and with the collapse of the Soviet Union, the world became unipolar — one in which ideologies were supposed to come to an end.

The people of Venezuela sought to build a multipolar world, in which there existed respect for others and the recognition of new, emerging centres, he said.  In the Assembly hall, not one leader would say a single word in support of the wars that had destroyed Africa, Asia and the Middle East.  The war in Afghanistan did not bring peace to Afghanistan; it brought destruction and terrorism.  In Iraq, the war was woven in a fabric of lies, and 12 years later Iraq was devastated.  Leaders in the hall listened to Hugo Chavez when he condemned the bombing of Libya.  Now leaders could agree that no one had a right to judge and undermine the political regime decided by another country.  Syria resembled a “Hollywood version of terrorism — a film about the horrors of war”.  He stressed the need to help and protect the people of Syria.  The United Nations must take some responsibility for the strategic failure of the wars in those nations and the inability of the Security Council to act to resolve them.

The last few days, world leaders had spoken about peace, and only with peace could they achieve the 2030 Agenda, he said.  Latin America had found its path to dignity once more, and declared it would be a zone of peace.  However, the region had one problem: the internal dissention in Colombia.  Venezuela had taken steps for a peace agreement with the guerrillas, and in the same vein, he acknowledged the normalization of relations between the United States and Cuba.  Just as then United States President Jimmy Carter in 1979 turned the Panama Canal over to the Panamanian authorities, the United States must return Guantanamo to the Cuban authorities as soon as possible.  Furthermore, he called on the United Kingdom to negotiate the return of the Malvinas Islands* to Argentina.

Venezuela had faced enormous challenges as it built an economic and social model quintessentially Venezuelan, based on a socialist revolution in the twenty‑first century, he said.  He said that earlier in 2015 the country received a threatening edict by United States President Obama who said Venezuela posed a threat to the United States.  President Obama’s decree of 9 March 2015 must be withdrawn and annulled.  Venezuela continued to call for peace and nonviolent approaches to the problems of the world.  Seventy years after the founding of the United Nations, the world needed another United Nations — a new geopolitical system, a new regionalism that respected the needs of the peoples and new rules clarifying that every Government had the right to control itself.