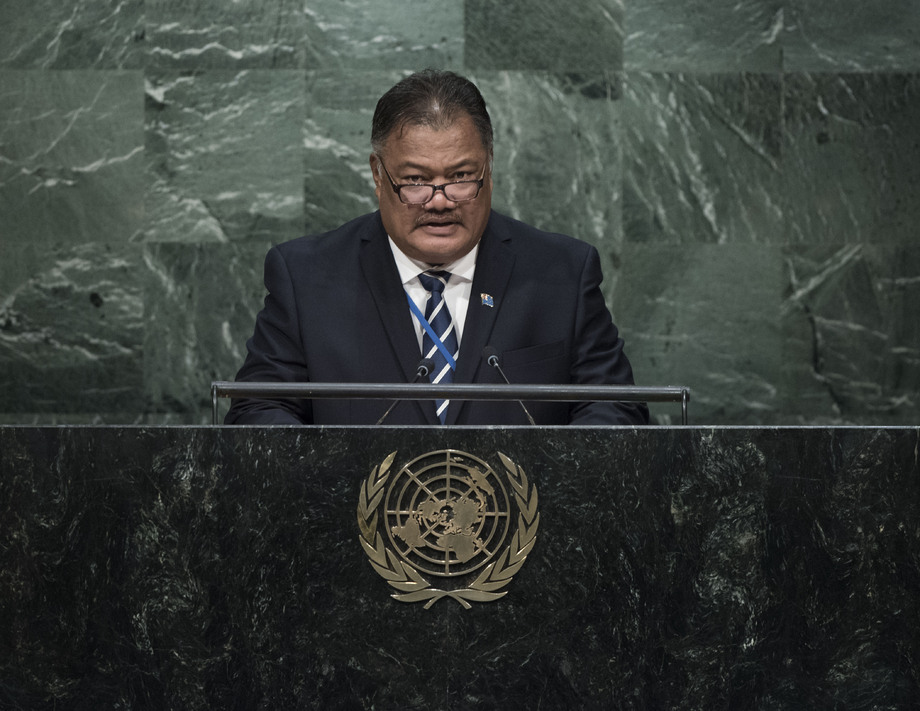 TAUKELINA FINIKASO, Minister for Foreign Affairs, Trade, Tourism, Environment and Labour of Tuvalu, said that the principles enshrined in the Charter remained pertinent — nations were more connected, more cooperative and more technologically advanced.  However, despite that, persisting inequalities remained as a significant number of people were displaced and stateless, and a lack of hope for some had led to a future with extremism as an alternative choice of existence.  The world needed a United Nations answer, and its 2030 Agenda must deliver for the people.  The Sustainable Development Goals must be advocated as widely as possible to bring accountability to leaders, development partners, the private sector, religious bodies and the young.  As a least developed country and small island developing State, Tuvalu was faced with sea level rise inundating coastlines and food plantations.  Many of Tuvalu’s citizens had migrated on their own terms, but that did not solve global warming and the United Nations did not sanction climate change migrants as refugees.  The 2030 Agenda would be meaningless if a credible agreement was not reached at the Climate Conference in Paris.

Finally, as custodians of the Pacific Ocean, Tuvalu fully supported Sustainable Development Goal 14.  The blue ocean could not endure as a sink for radioactive waste or a dump for industrial garbage.  The islands had a warning for the Member States: without a healthy ocean, the achievement of the Sustainable Development Goals would not be possible.  If leaders gave people a healthy ocean, rather than a man a fish to satisfy his or her hunger for a day, it would take care of many generations to come.