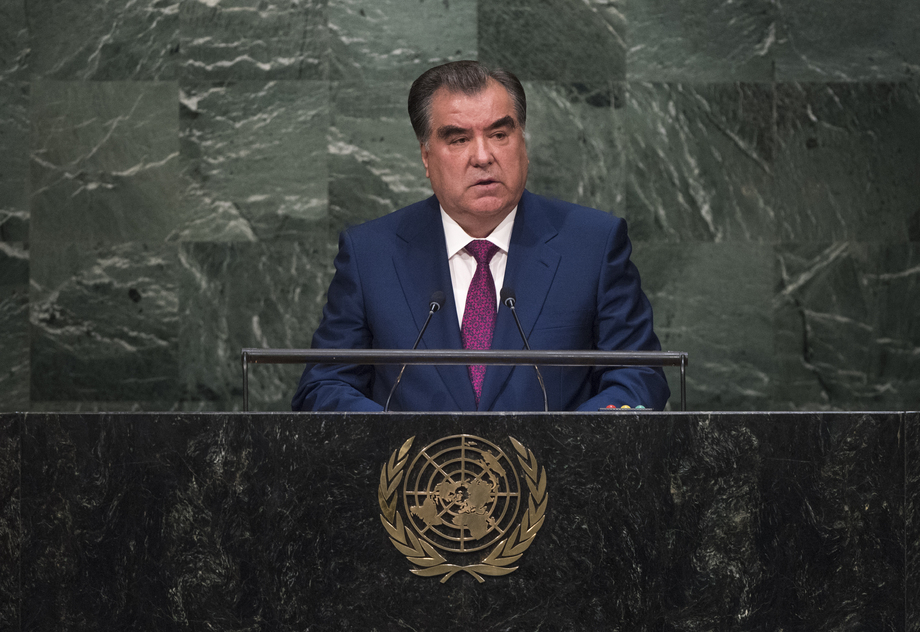 EMOMALI RAHMON, President of Tajikistan, said that over the past seven decades, the Organization had made a special contribution to sustaining the establishment of new independent States.  Tajikistan had experienced difficulties during its transition period and had received every kind of support from the Organization, enabling the country to embark on the road to democratic development.  Today, Tajikistan was contributing to the fight against terrorism and extremism, transnational organized crime, arms smuggling, and human trafficking.  The country’s police officers were participating in the joint peacekeeping operation of the United Nations and the African Union in Darfur.  The Drug Control Agency, which had been established with United Nations support, continued to play an important role in fighting illicit drug trafficking.

Combating international terrorism, he added, had become a priority issue and there was a need to develop mechanisms aimed at eliminating channels of financial and logistic support, recruiting, propaganda of violence, and the use of modern information and communication technologies for the purpose of terror.  Prevention of illicit drug trafficking should be an integral part of that struggle because the money earned from illicit drug trade was being channelled to finance the acts of terror.  On other matters of importance to his country, it stood for expanding good neighbourly relations with Afghanistan, and called on the international community to support that Government’s efforts.  His country also believed that the Joint Plan of Action on Iran’s nuclear programme would contribute to strengthening regional peace.

On climate change, he added that over the last 60 years, the average annual temperature in Tajikistan had increased by 1°C.  The abnormally high temperatures and severe precipitations in recent months had caused much economic damage and claimed human lives.  Noting that Tajikistan‘s per capita emission of greenhouse gases was 10 times less than the average world index, he said a broad use of renewable energy sources, especially hydropower, was crucial to the development of the country’s green economy.  Climate change affected the quality and quantity of freshwater resources, and thus, it was essential to review the existing practices of water resources management. Cooperation and “water diplomacy” were needed to mitigate the climate impacts and achieve the Sustainable Development Goals in a timely manner.