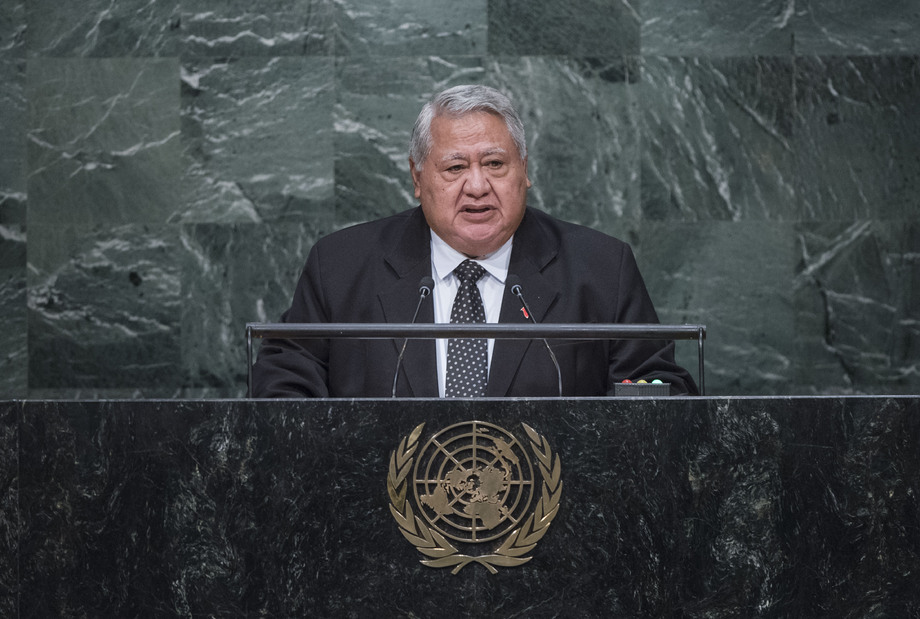 TUILAEPA SAILELE MALIELEGAOI, Prime Minister of Samoa, said that his statement would be devoted to Sustainable Development Goal 13, which was to “take urgent action to combat climate change and its impacts”.  Climate change would continue to be the major occupation and priority policy determinant for Samoa well into the future.  The same was likely to be true for other Pacific island States and the wider small island developing States.  Climate change was the single most urgent challenge confronting mankind.  It was facilitated largely through human-induced activities driven for the most part by profit motives with some degree of insensitivity to the consequences of such action on others, particularly those most vulnerable to climate change.  In most cases those peoples had barely contributed to the causes of climate change in the first place.

Climate change was not a future phenomenon, he said.  It was real, irreversible and already happening with far more frequency.  It was no longer a question of when, but rather the severity of the magnitude of the impacts and the full cost society must bear.  Even now in Samoa, his people were suffering drought conditions.  That would give way to the onset of the cyclone season predicted to have a high likelihood of severe cyclones in the Pacific region.  As a cross-cutting issue, ambitious actions or solutions at the national and international levels to try to address root causes of climate change would inevitably end up either being compromised, watered down or put-aside due to political, social and economic considerations taking precedence over basic climate logic.

Climate change was not a small island developing State concern only, he said.  It impacted every country, but some more extensively than others, because their capacity to respond quickly and effectively was constrained.  Climate Change could not be wished away, and had significant security implications.  Its impacts threatened the continued existence and viability of some small island developing States.  Even those countries which had been in self-denial to date of the phenomenon must surely now accept the weight of scientific evidence.

Against the backdrop of the existential threat that climate change posed, especially to atolls and low lying islands, he said that small island developing States had long been advocating for ambitious mitigation efforts by Member States with the capacity to do so, and for a global goal of limiting the rise in average global temperature to well below 1.5°C to prevent some of Samoa’s low-lying islands from being submerged by sea level rise.  Those pleas over the years had largely gone unnoticed.  However, developed countries were no longer insulated from the reach and destructive force of such climate-related events as cyclones, bushfires, flooding, earthquakes, volcanic eruptions and droughts.

Climate change was a societal problem that required a decisive response from the global community, he said.  It was a challenge that should unite the world, not divide it.  No country could deal with that problem alone.  Rather, people must work cooperatively in a partnership of common but differentiated responsibilities.  True partnerships should be underpinned by trust.  Appointing blame for past wrongs would not restore the environment to its pre-industrial state.  There was hope, and Samoa’s whole focus was now on the Climate Change Conference in Paris.