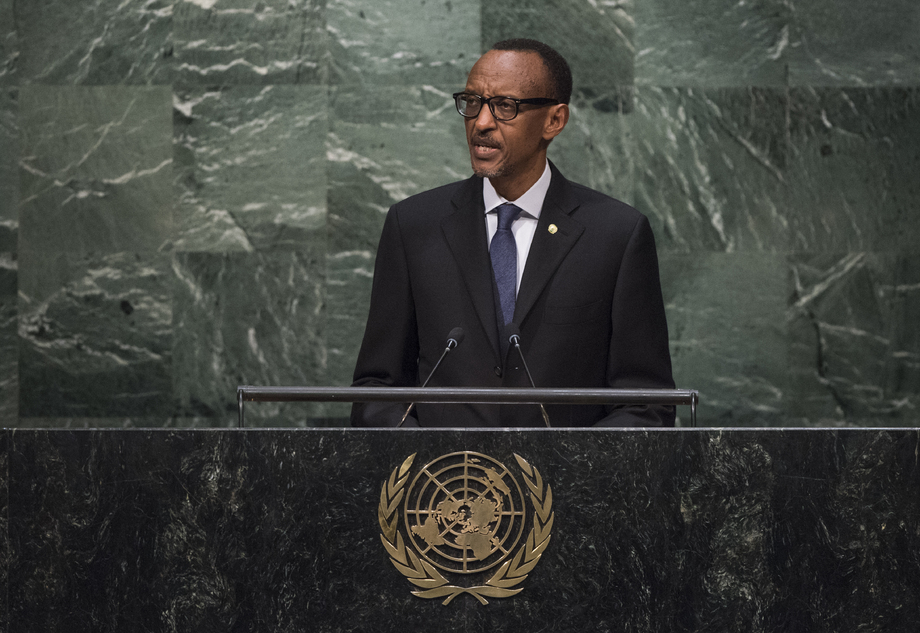 PAUL KAGAME, President of Rwanda, said the adoption of the global Goals marked a new era and recognized that a sustainable future was one that included all.  However, growth and progress also entailed new challenges.  Responding to them would put the United Nations at the centre of global affairs as never before.  Cooperation was the only way forward and yet the new consensus on sustainable development was incomplete because it lacked the political legitimacy required to sustain that international order.

He recalled that when world Powers created the United Nations 70 years ago, independence for Africa and Asia was not on the agenda.  People in those regions still needed to be looked after.  Those moral hierarchies and prejudices persisted and contributed to the mismanagement of political change; those also corroded the trust upon which multilateral cooperation depended.  Political legitimacy was not a legal abstraction, but a reality that could be measured, for example, in terms of progress towards the global Goals or could serve as an indicator of public opinion.

In other cases, multilateral institutions were used to gain credibility for biased attacks against countries, he said.  When matters of principle became associated with domination and dissidence, then the basis for joint action in the multilateral system was compromised.  “We have nothing to fear from high standards,” he said, underscoring that no country or system had a claim to moral superiority.  “We have made good commitments; now we must make good on these commitments by building a community of shared purpose,” he added.  The world community was capable of doing so and should begin by recognizing the equality of all.