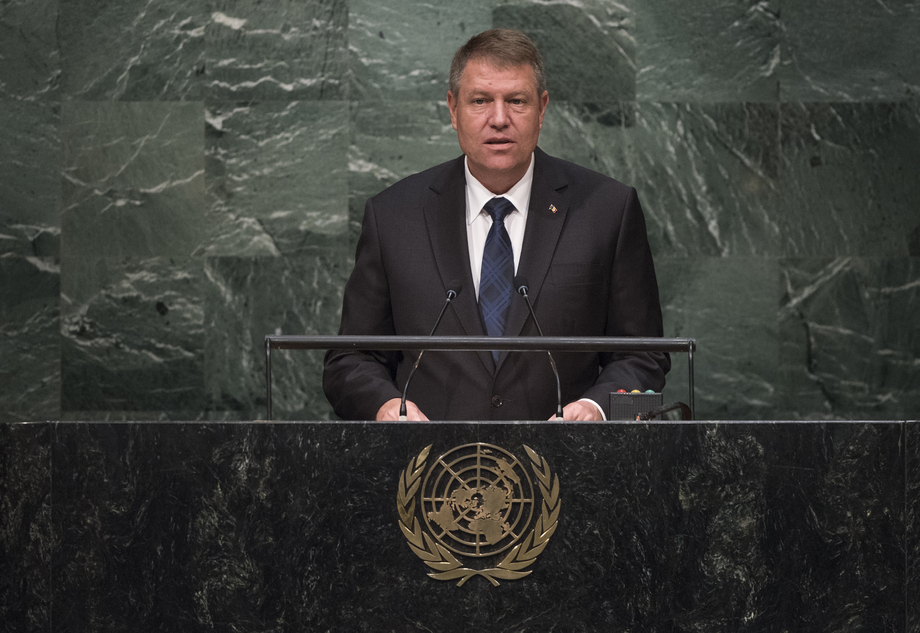 KLAUS WERNER IOHANNIS, President of Romania, said that the United Nations was not a panacea for all humankind’s evils.  The increase in the number and depth of tasks entrusted to it had not been matched by needed resources; the common practice had been to ask the United Nations to do more with less.  While it might be convenient to point to the Organization’s failures, the significant work it had done in the area of prevention, while difficult to measure, must be underscored.  “The United Nations was nothing but ourselves, Member States, living on the trust and resources we invest in it,” he said.

Romania was among countries that had fully trusted and supported the Organization, he said, adding that the year 2015 was special for his country as it celebrated the sixtieth anniversary of its admission.  In the aftermath of the cold war, the United Nations had supported Romania in its transition to democracy.  Funds and programmes had assisted his country in addressing social problems, such as those relating to children, health, and the environment.  Grateful for the United Nations Development Programme (UNDP) 45-year presence in Romania, he expressed pride in his country’s contributions to the Organization’s goals, despite its limited economic power, in areas such as arms control and disarmament, science and technology in development, and promotion of democracy.  After almost two decades as a recipient, Romania had become a provider of official development assistance (ODA) to neighbouring countries and beyond.

Reiterating support for the non-use of the veto in the Security Council when dealing with mass atrocities, he said that inaction created the impression that unlawful territorial gains, such as in Ukraine, were tolerated.  Further, he praised the Iranian nuclear agreement, which had proved the virtues of diplomacy undertaken in good faith and with patience.  The world community should do more to combat terrorism with the “international tools of law”, including international criminal law.  Spain and his country had proposed an initiative to create an international court for the crime of terrorism.  Despite the difficulties of such an undertaking, the process of reflection in multilateral forums would likely generate fresh ideas and innovative legal tools.