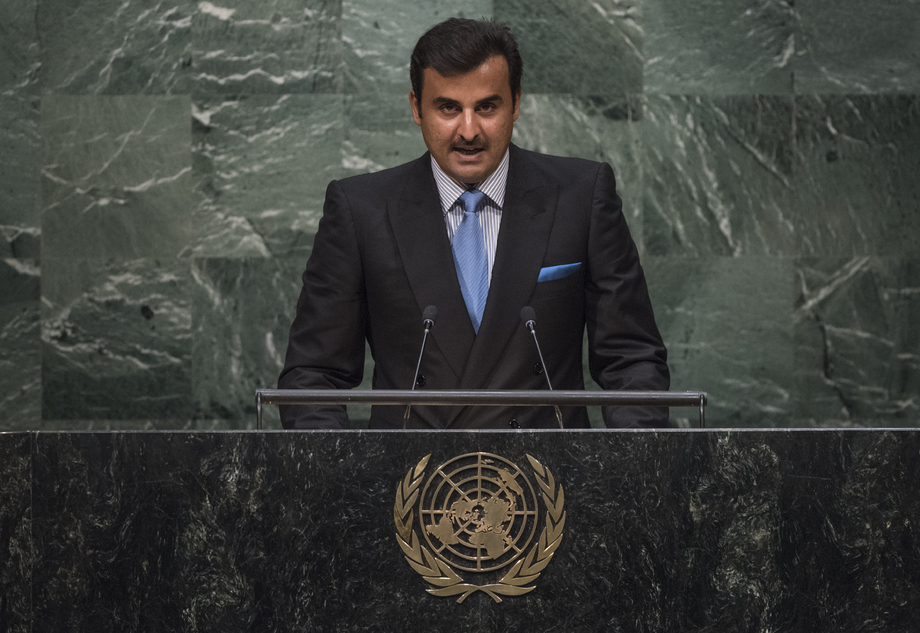 Sheikh TAMIM BIN HAMAD AL-THANI, Amir of Qatar, said the conflict in the Middle East would remain a constant threat to international peace and security, and a just and lasting solution to the Palestinian question could not be delayed.  The international community, represented by the Security Council, should assume its responsibilities by taking a firm stance and forcing Israel to comply with the deliverables of peace, including the halting of all forms of settlement activity in the Occupied Palestinian Territory and lifting the unjust siege on the Gaza Strip.  The Syrian crisis was generating catastrophic consequences for the Middle East region and the world.  The Syrian regime had manipulated the concept of terrorism by depicting peaceful demonstrations as terrorism, while it had been practicing actual acts of terrorism.  He called for cooperation to impose a political solution in Syria that would end the reign of tyranny and replace it with a pluralistic regime based on equal citizenship for all Syrians.

He said that the achievement of stability in the Gulf was essential for all countries in the region and the international community.  Qatar emphasized its firm position that the Gulf region must be spared of the danger or threat of nuclear weapons.  At the same time, the right of countries in the region to use nuclear energy for peaceful purposes, in accordance with relevant international rules, must be recognized.  Iran was an important neighbour, and cooperation between it and other countries was in the region’s interest.  Bilateral relations between Qatar and Iran were evolving, based on common interests and good neighbourliness.

Qatar, he went on, affirmed its commitment to Yemen’s unity, territorial integrity and sovereignty and supported the legitimacy and completion of the political process, in line with relevant initiatives, mechanisms and declarations, as well as the relevant Security Council resolutions, particularly resolution 2216 (2015).  Iraq’s stability required a national general consensus devoid of any external interference and free from any sectarian or ethnic discrimination.  Any political solutions in Iraq, Yemen, Syria or Libya must include ending the existence of militias outside the legitimate institutions of the State.  The political forces in the region must be alert to the phenomenon of thousands of young people who recently took to the streets in more than one Arab country, demanding that citizenship be the basis for partnership and refusing either to be represented on a sectarian basis, or that sectarian representation be used to cover up corruption.  The rising toll of victims of terrorist operations had necessitated the use of military force.  Qatar was committed to fight terrorism, but even in the harshest conditions, the underlying causes should not be ignored.