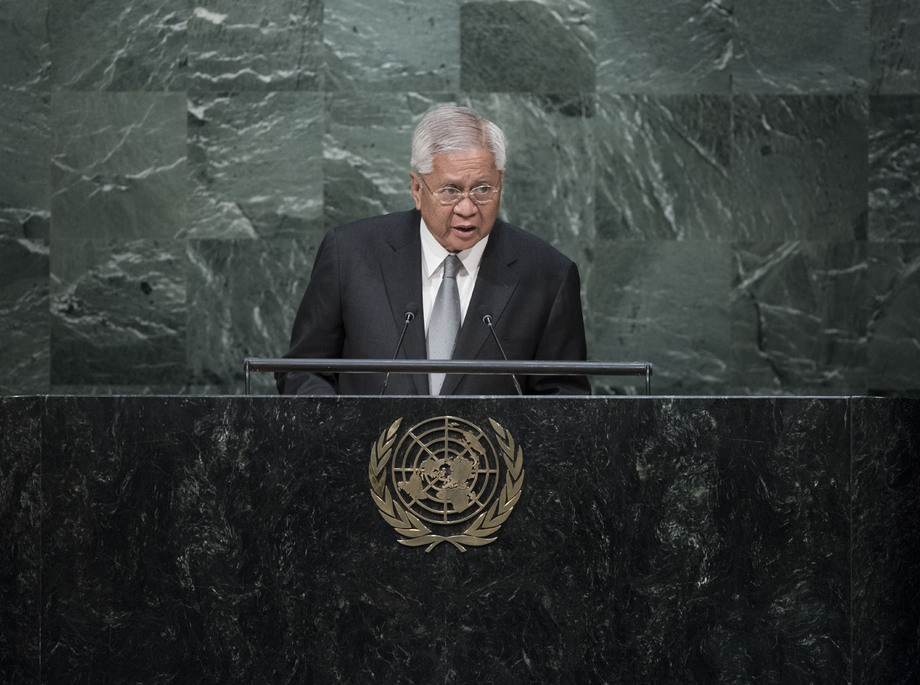 ALBERT F. DEL ROSARIO, Secretary for Foreign Affairs of the Philippines, said the United Nations had had reaffirmed its continuing relevance against a backdrop of complex global issues and emerging regional threats to peace and security.  The Philippines renewed its commitment to several priority areas and national positions.  To start, the 2030 Agenda and the overall global development architecture needed to strengthen its resilience.  His State knew too well the urgency of building a climate-resilient economy.  Given the new normal of mega disasters, the international community must adopt a new legally binding climate agreement that was universal and equitable.

On South China Sea maritime disputes, he said the Philippines had placed its faith in international law to serve as an equalizer, allowing small States to stand on equal footing with wealthier, more powerful ones.  Through arbitration, the country hoped to see actions “consistent with Beijing’s declarations” so that efforts to lower tensions and resolve disputes in the South China Sea could succeed.  As chair of the Asia-Pacific Economic Cooperation (APEC) forum, the Philippines sought to pursue the following: investing in human capital development; fostering small- and medium-enterprises’ participation in regional and global markets; building sustainable communities; and enhancing the regional economic integration agenda.  Regarding the Association of Southeast Asian Nations (ASEAN), those States would integrate their economies by the end of the year.

The Philippines remained firm in its position on the total and complete elimination of nuclear weapons and all other weapons of mass destruction.  He reiterated the need for balanced and immediate implementation of the 64-Point Action Plan of the 2010 Non-Proliferation Treaty.  Finally, the Philippines highlighted the positive contributions of migrants to sustainable development in countries of origin, transit and destination.  He said the Philippine migration management policy focused on two important considerations: migration as a shared international responsibility; and the full respect of migrants’ human rights in all circumstances.  His nation would continue to play an active role in the fight against human trafficking, either as the main or co-sponsor of resolutions that recognize the heightened vulnerability to trafficking of women and girls in humanitarian crises.