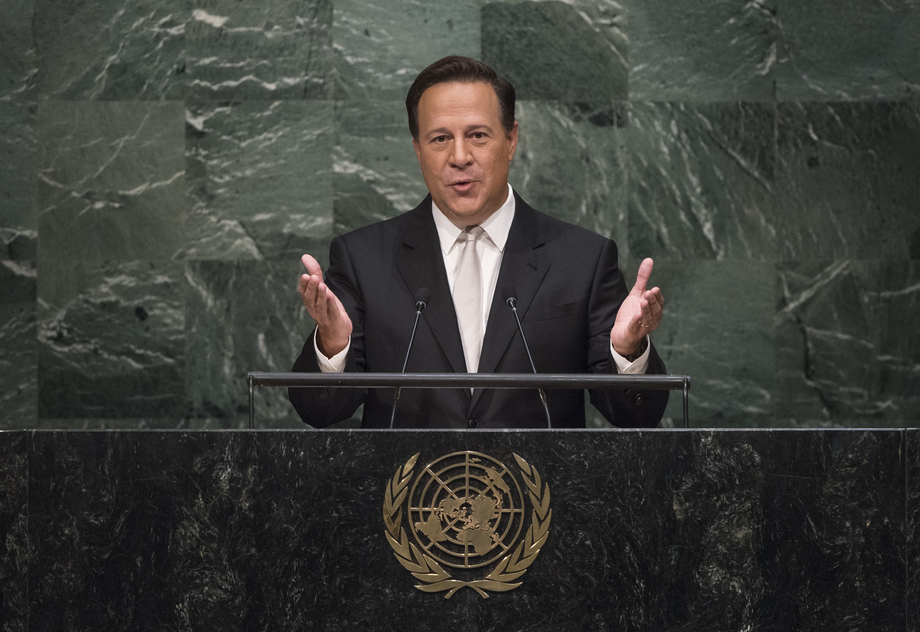 JUAN CARLOS VARELA RODRÍGUEZ, President of Panama, said he represented a peaceful, robust and noble people.  His Government believed in dialogue and consensus as demonstrated at the Conference of the Americas, held in Panama earlier in 2015.  It had served as the backdrop to the rapprochement between Cuba and the United States and he hope it would lead to the end of the embargo.  He further noted progress made towards resolving the dispute between Venezuela and Colombia through dialogue and Colombia’s progress towards peace within its borders.  He called on the great powers to join forces, as they had to end the Second World War, to work together to forge a roadmap to defeat terrorism and ensure that peace would prevail.  He then called on Palestine and Israel to agree on a solution that would allow for the Jewish State of Israel and the State of Palestine to live side by side in peace.

In an era of social networks, the exchange of information between Governments and security agencies was key in differentiating between a tourist, a business traveller and those travelling to engage in organized crime.  Also facing irregular migration flows, Panama had pledged to treat migrants with dignity, he said, adding that the joint fight to resolve the problems that had led “our brothers” to leave their countries must continue.  It was unjustifiable, in a world with so much wealth, for so many to live in poverty.  He reminded States that politics was meant to serve society.  Women suffered most from poverty, displacement and inequality of opportunities.  Their rights and freedoms must be defended and promoted.  He called on countries to combat femicide, trafficking and all violence against women.  Further, the upcoming Conference of the Parties to the United Nations Framework Convention on Climate Change must reach a definitive, universal agreement.  The Coalition of Tropical Forests, chaired by Panama, had worked on measures to mitigate and prevent the impacts of climate change on forests, including procuring resources to that end.

Turning to the importance of housing and education in eliminating poverty, he said Panama had social and infrastructure plans, which, along with its robust financial system, would improve lives.  That financial system was being protected from misuse through cooperation with other Governments.  Panama was increasing its financial transparency and making progress on sharing information on tax matters at the bilateral level.  However, such measures should not harm the competitiveness of other States and those issues should be added to the United Nations agenda.  He encouraged Security Council reform and was seeking to bring about a rapprochement in country positions in that regard, he said, pledging his country’s commitment to serving the United Nations so that peace and dialogue could prevail.