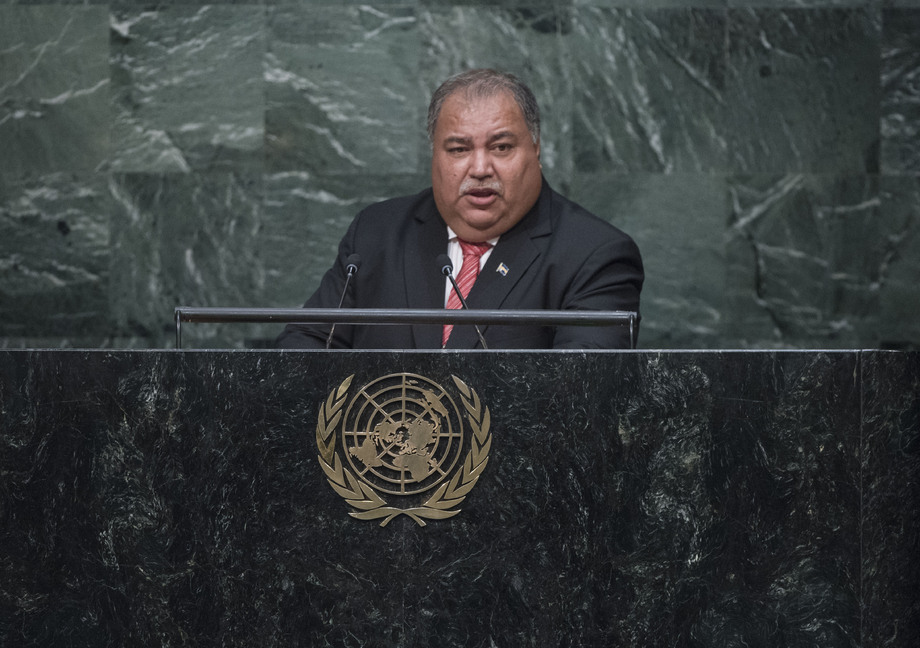 BARON DIVAVESI WAQA, President of Nauru, said only with United Nations legitimacy could the international community expect the real-world implementation of the agreements reached in New York.  However, legitimacy was a fragile thing, and therefore, the United Nations must put the principles of universality, adaptability and accountability at the centre of its work to remain a power force of progressive change around the world.  All partnerships — multilateral, bilateral or public-private — required a respect that recognized genuine development allies.  “Taiwan” was a democracy that could contribute meaningfully towards prosperity in the world, he said, calling for the inclusion of the region in the development agencies of the United Nations.

Furthermore, in the implementation of the 2030 Agenda, the United Nations needed to go beyond capacity-building and engage in institution building, he said.  International and regional agencies should back in-country engagement, thus leaving behind durable domestic institutions run by a skilled national workforce.  Additionally, the Security Council must reflect the geopolitical realities of the world today and therefore, expand the permanent and non-permanent members.  Nauru supported the inclusion of Germany, India, Japan and Brazil in the permanent category.  He added his backing to the Secretary-General’s appointment of a Special Representative on Climate and Security.

Climate change would prove the largest test of international and domestic institutions — climate impacts even the most powerful countries.  A strong, legally binding agreement on climate in the Climate Conference in Paris was absolutely crucial, with ambitious mitigation contributions from all countries.  Many of the major economic powers had already come forward with meaningful solutions, yet the intense lobbying to accept an unsatisfactory outcome had already begun.  In the international process, that had often meant the presentation of a take-it-or-leave-it deal, which would neither solve the climate problem ahead, nor keep the United Nations legitimate as a unifying force for all.