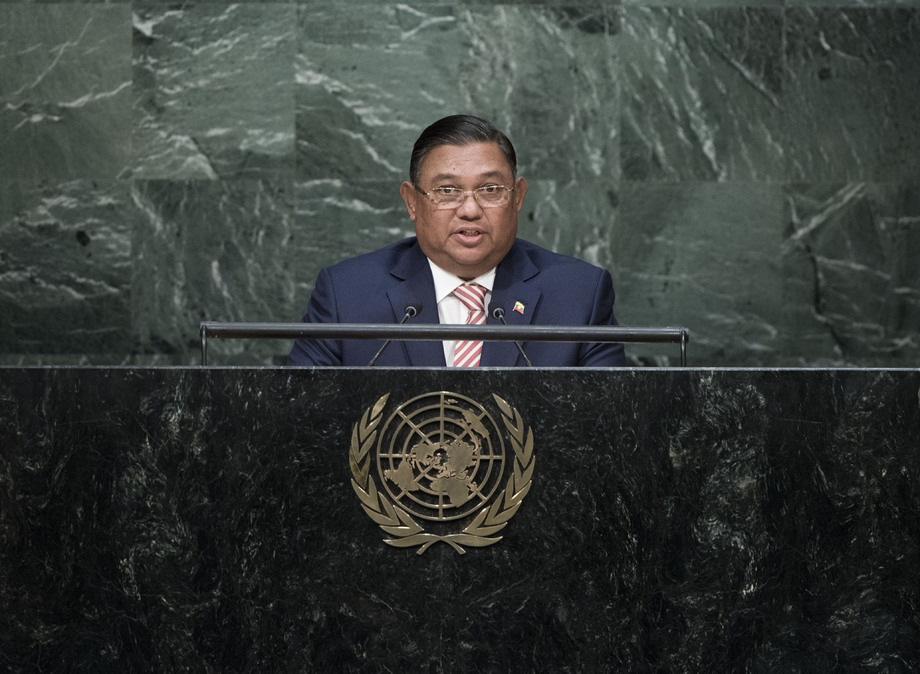 WUNNA MAUNG LWIN, Minister for Foreign Affairs of Myanmar, said that colonial divisions and their inherited legacies influenced today’s conflicts across the world, depriving many of economic and social development.  Terrorism and acts of extremism needed to be addressed decisively, and climate change and environmental degradation was undermining the development and lives of the poor.  Inequalities were widening, pushing the poor further behind.  It was therefore time to do soul-searching on the future of the Organization and to strengthen the collective resolve to address the “challenges of our time”.

The world was experiencing shifting patterns of rainfall and snow, rising temperature and heavy rainstorms, he said.  While the world envisaged a sustainable and resilient planet, scientific agencies agreed that human activities were contributing to climate change.  It was now time to translate commitments to action, and not a time for arguing.  It was crucial that the upcoming Climate Conference in Paris reached a meaningful and universal agreement, keeping global temperature rise to below 2°C.  It must also include obligations to provide least developed countries with adequate and additional financial and technological resources to help address the impacts of climate change.