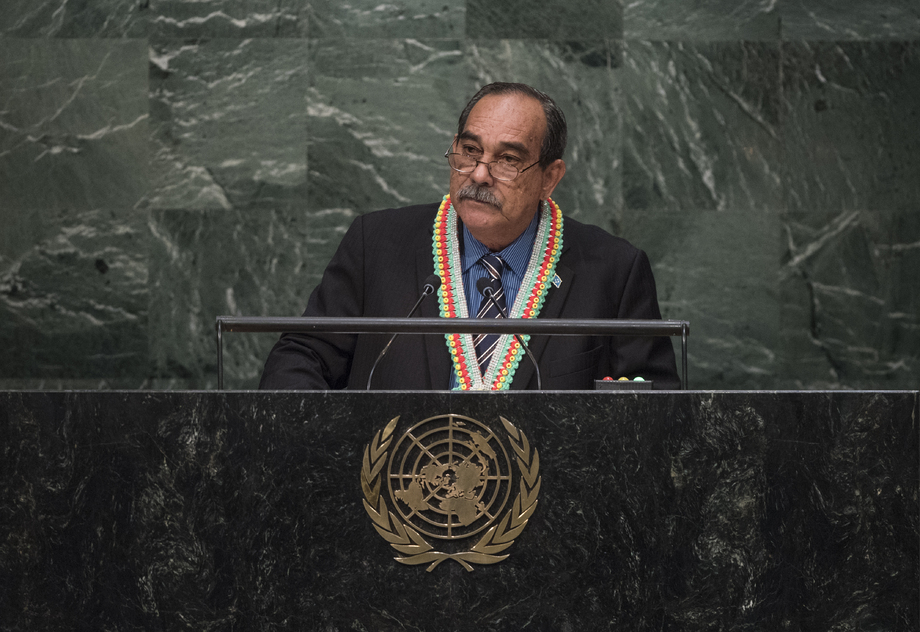 PETER CHRISTIAN, President of Federated States of Micronesia, said islanders wondered why climate change was happening.  Today, parents showed their children how much further out onto the reef their island use to be.  While they waited in fear for the predicted and inevitable sea level rise, other effects of global warming, such as stronger ocean currents and more frequent typhoons, continued to wash away shorelines and topple trees, not waiting around for the sea to rise above the land.

Encouraged that discussions on climate change would take on a more serious tone and speed and that the matter had captured Member States’ interest, he urged cohesion in actions to bring a conclusion that would help mitigate the threat of sinking islands and prevent the “potential genocide of oceanic peoples and cultures”.

In 1995, his country’s Congress had passed a bill approving accession to the Montreal Protocol to protect the ozone layer, he said.  In 2009, it had proposed the first amendment to the Protocol to phase down hydrofluorocarbons, which were powerful greenhouse gases.  His country had taken the lead among developing countries to promote the phase down as a complementary climate change action.  Owing to island countries and the solidarity of African nations, along with the European Union’s endorsement, over 100 countries had called for phasing down the hydrofluorocarbon production.  His country would continue to work with all parties for the adoption of an amendment in that regard and would be present at the Climate Change Conference in Paris to support the cause of saving islands and lives.