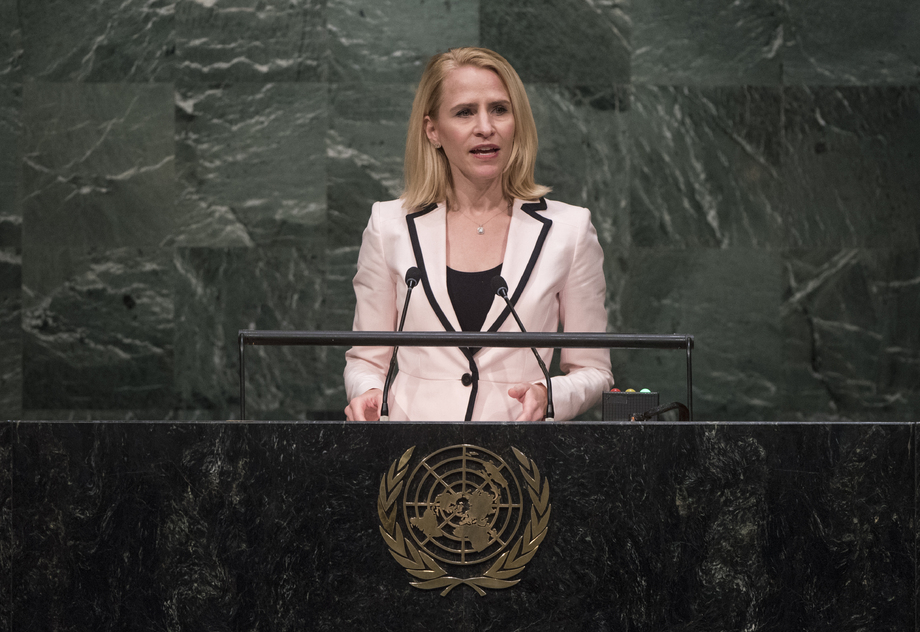 AURELIA FRICK, Foreign Minister of Liechtenstein, said the maintenance of peace and security was at the heart of the Charter and in the world’s eyes, the work of the Security Council determined the Organization’s success or failure.  Like many other countries, Liechtenstein wanted the Council to act with resolve and efficiency.  Some of its most damaging failures had occurred in the face of atrocity crimes, in Rwanda, Srebrenica and now Syria.  The international community should acknowledge that as it celebrated the Organization’s seventieth anniversary and should commit itself to decisive action in the future.  To that end, Liechtenstein had led the discussion in the ACT Group, which had produced a code of conduct to guide Council action against genocide, crimes against humanity or war crimes.  A voluntary political commitment, the code included two pledges.  The first was to support timely and decisive action in the Council that would end or prevent mass atrocity crimes.  The second was to not oppose or obstruct credible draft resolutions put forward to that end.  Sixty states had already made that commitment and she hoped that many others would join the list when the code was launched on 23 October.

She said that the International Criminal Court, the first treaty-based international court with jurisdiction over the worst international law crimes, shouldered a massive responsibility in turbulent times.  The international community should increase its support to the Court and more States should join the current 123 parties to the Rome Statute.  The link between the Court and the United Nations would become stronger, thanks to the Kampala Amendments on the crime of aggression.  That amendment would help the Court enforce a core provision of the Charter:  the prohibition of the use of force.  That meant the most serious forms of the illegal use of force would no longer be merely a breach of the Charter, but also would entail criminal accountability for those responsible for the acts.  The international community was just a little more than a year and a handful of ratifications away from the Court’s jurisdiction over that crime.