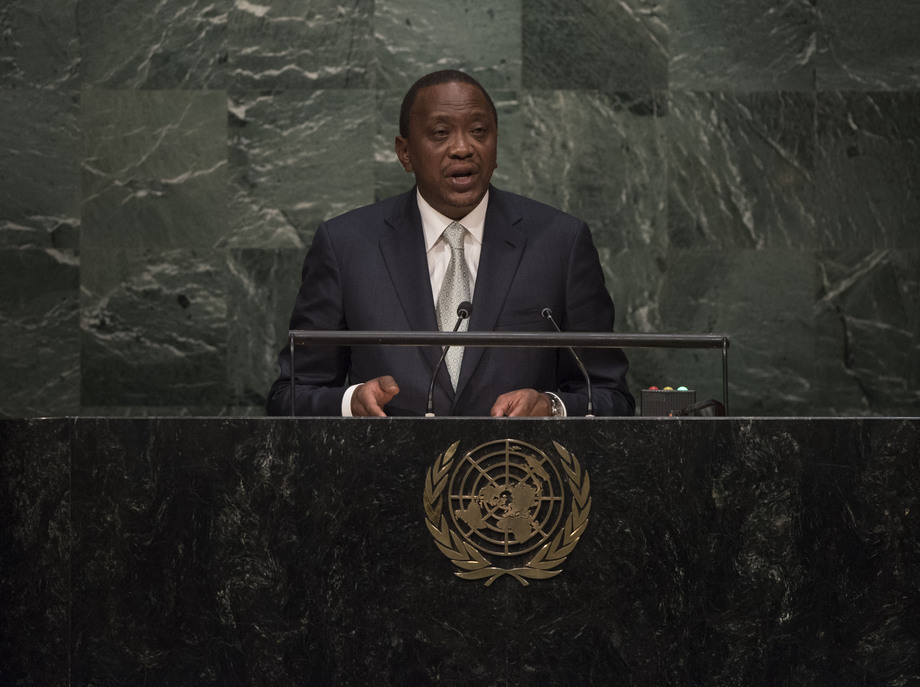 UHURU KENYATTA, President of Kenya, said the maintenance of international peace and security faced further challenges due to the increased intensity and complexities of conflicts in Africa, especially the Great Lakes region, Horn of Africa and the Sahel.  While Al-Shabaab’s capacity to launch terrorist acts inside Somalia had been diminished, its continued presence in that country had negatively impacted the security, stability and prosperity of Eastern Africa.  The Kenya Defence Forces, within the framework of the African Union Mission in Somalia (AMISOM), would continue working with the Somalia National Army to help them secure their territory.  Additionally, the South Sudan crisis threatened the Intergovernmental Authority on Development (IGAD) region, and the United Nations must support the IGAD‑PLUS peace initiative’s efforts towards a comprehensive and viable resolution.

He said that 2015 would be remembered for the conferences that put the world on the path towards sustainable development.  While the Sendai Declaration called on Governments to mobilize the required means towards implementation of disaster risk reduction, risk management must inform governmental development policies and be mainstreamed to all levels of national development.  Moreover, although the third International Conference on Financing for Development focused on both financial and non-financial means of sustainable development, the role of official development assistance (ODA) remained key to the credibility of international development cooperation.  Partners must redouble their efforts to support and finance developing countries, as well as address capacity deficits in important institutions, such as national statistical offices, which would capture quality, timely and reliable data required for follow-up and review processes.

The agenda of the Sustainable Development Summit stipulated the end of poverty in all its forms as its overarching goal, but also recognized that sustainable development could not be reached without peace and security, or without addressing human rights and humanitarian issues, he said.  To complete the road to sustainable development, Kenya looked forward to the United Nations Framework Convention on Climate Change, which would hopefully result in the political will to reach an agreement to keep global warming below 2°C.