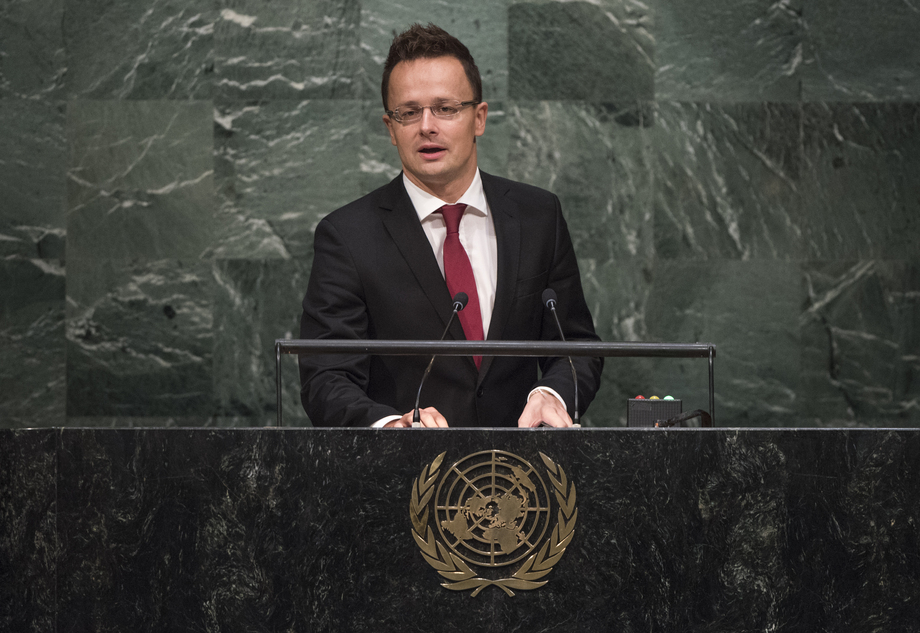 PÉTER SZIJJÁRTÓ, Minister for Foreign Affairs and Trade of Hungary, said many States were celebrating the seventieth anniversary of the United Nations, but there were no major reasons to do so.  Europe had not faced as many challenges today as it had since the end of the Second World Wa,r nor had the world confronted as many situations since the end of the cold war.  In the last five years, 15 wars and armed conflicts had been launched and renewed.  Europe contained 12 per cent of the world’s population, and yet, it was contributing 50 per cent of social spending.  “No one had to be an economist to see this is an unsustainable situation,” he said.

Mass migration had been the most difficult challenge, but it was not a refugee crisis.  Those people were economic migrants and freedom fighters, he said, adding that an unlimited amount of people was comprising the current situation.  If Europe did not address that challenge now, it would have to face it in the future.  A series of bad international political moves had resulted in the gaining of territories by the Islamic State of Iraq and the Levant/Sham (ISIL/ISIS) and the United Nations had reached no significant conclusions on the matter.  That was a global challenge rather than a global response, he said, adding that Europe needed global participation.  If leaders did not change the responsibility of the Security Council to act in the Middle East and North Africa, then there would be a destabilized Europe, as well.  Instead of addressing the consequences of the conflicts, the United Nations must focus on stabilizing the situation.  In the meantime, Member States needed to put together a proposal to set quotas and ensure that Europe was able address the increase of services and the strife existing within its communities.