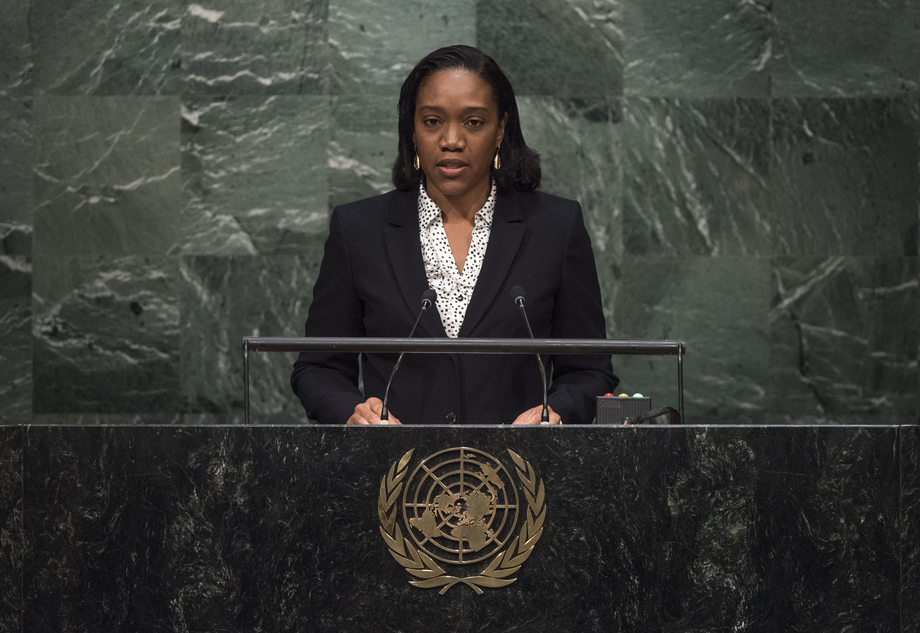 FRANCINE BARON, Minister for Foreign Affairs and Caribbean Community (CARICOM) Affairs of Dominica, said that, before anything else, her country would have to confront the challenges of climate change and global warming.  That concern became, once again, readily apparent when, on 27 August, Tropical Storm Erika had flooded roads, destroyed homes and wiped out 90 per cent of Dominica’s gross domestic product (GDP), costing the country $483 million.  Grateful for the “hand of friendship extended” to the country, she said more assistance would be required building new settlements that would be more resilient to climate change at a greater expense than in the past.  In such situations, small island developing States needed the urgent assistance of the international community and access to grants and financing.  “Do not reverse the gains we made in the Millennium Development Goals,” she said, proposing an international natural disaster risk fund for countries “on the receiving end of climate change”.

As Member States moved towards the Climate Conference, Dominica expected them to not only heed the warnings of the scientific community, but also to hear the plea of those affected most by the problem.  The small island developing States were equally concerned about preserving resources, as reflected in Sustainable Development Goal 14.  To that end, they had joined in launching Blue Guardians, a partnership between the Governments of small island developing States and a consortium of public and private organizations, to support marine conservation and clean energy.